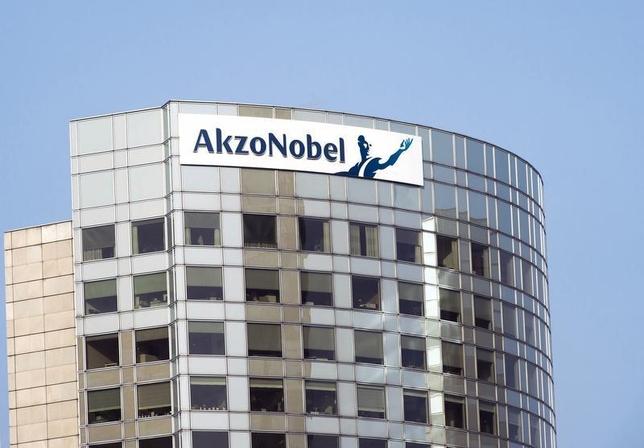 The sign of AkzoNobel is pictured at its headquarters in Amsterdam February 6, 2014.
REUTERS/TOUSSAINT KLUITERS/UNITED PHOTOS

The two companies had said on Feb. 11 they were in talks on a possible deal.

BASF, the world’s largest chemicals maker by sales, has a strategy of selling businesses which have come under pressure from low-cost rivals.

The business, which had sales of 300 million euros in 2015, is seen by industry experts as lacking the scale needed to compete effectively in future.

AkzoNobel, which has in the past indicated it is open to smaller bolt-on acquisitions, said the coatings business was a good fit for its existing units.

“This proposed acquisition will strengthen our position in the important coil coatings market,” said AkzoNobel Chief Executive Ton Buchner in a statement.

As part of the deal, expected to complete in the second half of this year, two manufacturing plants – one in Britain and one in South Africa – will be transferred to AkzoNobel.

A small part of BASF’s 3 billion euro coatings division, the industrial coatings business supplies coatings for coils, furniture foil, and panels, as well as for applications in commercial transport and wind energy.

Some 77 percent of the coatings division’s sales come from the automotive coatings business.