Skip to content
BANKING & SAVING
February 26, 2016 subhadip arm, for, geared, Holdings, next, revolution, technological, the, up 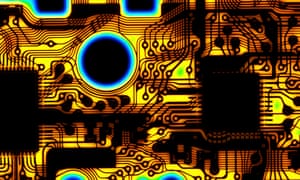 The smartphone revolution has transformed Arm Holdings into the UK’s leading technology company, but while the pace of change is now showing signs of slowing, Arm is not. Instead, the Cambridge-based company appears to be at the heart of a new front in technological innovation.

Founded in a Cambridge barn 25 years ago, Arm is now worth almost £14bn. With its hi-tech focus and non-London base, it is the sort of company the government wants at the forefront of the country’s economy.

Arm designs the key technology that goes into making chips and then licenses it to semiconductor manufacturers. It has become a key supplier to Apple and its technology is effectively the brains behind the iPhone.

However, only 45% of the 15bn chips that featured its technology last year were for mobile devices. Arm has now developed its technology so far that it could have major implications for day-to-day life. It has cut the size and cost and improved the energy efficiency of chips so much that, in theory, they can be embedded into many everyday objects and devices. The company is at the forefront of what has become known as the “internet of things”.

“Some of our licensees sell chips for 20 cents that have got more compute power in them than put a man on the moon,” said Simon Segars, the chief executive of Arm. “So if you put that everywhere, imagine what you can then do with the data.”

Segars was the 16th employee to join Arm and led the development of the Arm7 and Arm9, the processors in the first digital mobile phones. He became chief executive in 2013, replacing Warren East, now the boss of Rolls-Royce.

Arm has already diversified into washing machines and digital televisions, meaning the proportion of the company’s technology in mobiles has rapidly decreased from a decade ago. However, the opportunities outside mobile are growing as devices across households and towns become connected to the internet.

Segars, who lives with his family in Silicon Valley, said: “You really won’t see a big ‘aha’ moment where you go ‘Aha the internet of things is here’. It is going to be quite gradual, but, as an overall technology trend, it can impact everything.

“A lot of it is in invisible infrastructure that just makes a city like London work more effectively. The fact that the street lights turn on when it gets dark instead of at 4.30 is because a computer somewhere worked out it is dark so turns the lights on. Most of embedded computing is going to be in things you never see.”

Arm believes more computers will be embedded into cars, creating a major new market for the company. Segars says automotive investment by technology companies, traditional carmakers and venture capitalists in the area has “exploded”.

“Automotive is another example where because of what you can economically build in silicon there is an opportunity to make cars smarter, safer, use less fuel and just better. That comes about through having computers embedded in cars,” Segars said.

“If you extrapolate that further, you can get the car doing things for itself. The ultimate goal of self-driving cars I think is a few years away. A self-driving car is going to need a lot of computer power in it, a car becomes a super computer on wheels.”

Arm is already working on automotive projects with a range of companies, but Segars refused to comment on rumours that Apple is planning a driverless car.

Despite Apple reporting a slowdown in sales of the iPhone, Segars said that Arm should continue to enjoy increasing revenues in mobile as smartphones get even more powerful and sales of entry-level and mid-range devices grow.

The increasing number of smartphones in emerging economies means Arm technology could be used to tackle a range of health and social problems. The company is working with Unicef, which has set up innovation labs that are working on using photos taken by smartphones to diagnose health problems.

“If you are a subsistence farmer in Africa and you upgrade from a basic handset that does voice and text to something that allows you to connect to the internet and gives you access to the world’s data, that is quite a life-changing moment and the positive side effects of all of that I think is going to be incredible,” Segars said.

As the spread of Arm’s technology and smartphones broadens, so does concern about security. The topic is high on the industry’s agenda after Apple criticised the FBI’s request to build a back door into the encrypted data in an iPhone. Arm would have to develop the backdoor into its technology if the FBI gets it way, but it is clear Segars shares the views of Apple boss Tim Cook.

“We believe users should own their data and control who has access to it,” he said. “Security systems should be as robust as possible to ensure that. New connected technologies will only achieve scale if they are trusted so maintaining a foundation of security is of paramount importance.”

Segars declined to comment on the Apple and FBI row. On the possible Brexit, he said he was not one of the 200 company bosses who signed a letter stating that Britain should remain in the European Union. However, Segars says the company supports Britain remaining in the EU.

“We are pro low barriers to trade, and the EU enables that, and we are definitely a beneficiary of being able to hire easily from a larger pool of people. That helps our business. So from that angle, we would like those conditions to remain.”

The company employs 1,600 people in Cambridge-, just under half its total workforce, and this includes employees from 23 EU countries other than the UK.

Segers said that Brexit might have little impact on Arm, which will give hope to campaigners pushing for the country to leave the EU. “I can’t imagine it is going to make that much difference really. We are a UK listed company, our headquarters is here – that ain’t going to change.”