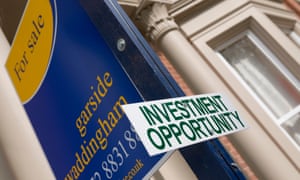 The Bank of England is expected to signal a clampdown on buy-to-let lending when it reports on the mortgage market for landlords.

The Bank has been watching the buy-to-let market for some time and is concerned about the amount of money pumped into the market and its vulnerability to even a small rise in borrowing costs.

Threadneedle Street’s regulatory arm, the Prudential Regulation Authority, will on Tuesday publish a report on underwriting standards for buy-to-let mortgage lenders alongside scenarios for testing the financial strength of Britain’s banks.

The Bank is concerned that lenders have relaxed standards for landlords, creating conditions for a property crash. Potential measures to rein in the market include limiting the percentage of buy-to-let mortgages for each lender, tightening the terms of such mortgages or forcing lenders to use more capital for the loans.

The buy-to-let market has jumped back to life in recent years with interest rates at all-time lows, making borrowing cheap and offering little return for people with money in the bank.

The chancellor’s stamp duty surcharge on second-home purchases, designed to cool the market, has prompted a short-term frenzy of buying before the 1 April deadline, further pushing up house prices. George Osborne said last week he was ready to give the Bank’s financial policy committee further scope to restrict buy-to-let lending.