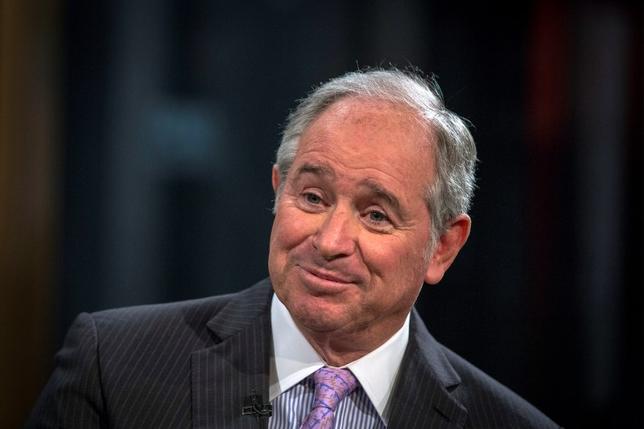 The hefty payout represented a 17 percent rise in Schwarzman’s earnings compared with 2014, in line with a solid rise in Blackstone’s cash earnings last year.

Blackstone’s distributable earnings rose 25 percent on an annual basis in 2015 to $3.8 billion.

Schwarzman received $89.5 million in compensation, $644.8 million in dividends from his Blackstone shares, $65.6 million for his investments in Blackstone funds, and $10.8 million for tax benefits related to his stake in the company before its 2007 listing, a regulatory filing showed on Friday.

The son of a dry goods store owner, Schwarzman, 69, is ranked by Forbes as the 100th richest man in the United States, with an estimated net worth of $12 billion.

In contrast, the co-founders of Blackstone’s rival, KKR & Co (KKR.N), collected less earnings last year as a decision to cap KKR’s dividend at 16 cents a share for each quarter reduced their payouts.

Henry Kravis took home $165.1 million last year, down nearly a quarter from 2014, with dividends accounting for $112.8 million, a filing late on Friday showed.

The earnings of his co-founder and cousin George Roberts also fell by a quarter to $172 million.