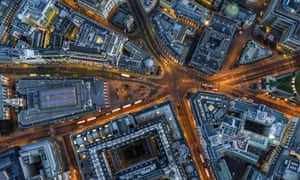 Brexit could have an impact on the City in the coming months as banks decide whether to implement contingency plans to ensure they retain access to the remaining 27 EU member states by moving business out of the UK.

Theresa May, the prime minister, intends to trigger article 50 – the formal process of exiting the EU – in March and some senior officials in the financial district argue that the rest of Europe could lose out if operations are shifted out of London.

The local authority for the financial district, the City of London Corporation, has urged May to arrange transition arrangements “as soon as possible” to allay concerns of businesses which were delaying investment decisions.

“A number of big banks are finalising plans for announcements they will make [this] year,” he said.

In the run-up to the 23 June referendum, banks warned about the consequences of a vote to leave the EU. US bank JP Morgan said it could move 4,000 of its 19,000 UK workforce. Its main offices are Canary Wharf, Bournemouth and Glasgow. Britain’s biggest bank, HSBC, said it might need to shift about 1,000 staff to existing operations in Paris.

Banks may not be able to delay moving of some of their operations to the remaining EU member states – even if the government were to announce a transition period beyond the two years after triggering article 50 – because of the time it takes to get authorisation from regulators and installing new management teams.

The director of policy and strategy at CityUK, said businesses did not want to move. “There’s a real stickiness. People are here for a reason. It’s a good place to do business,’ Gary Campkin said.

“The important thing is to make sure we focus on ensuring decisions aren’t made too early or too quickly and that’s why stability is crucial.”

The Corporation of London has published data showing that financial and professional services firms employ more than 2.2 million people across the UK, not just in the City.

Campkin said: “The important thing is there is clear recognition from the UK and the EU 27 that transition arrangements, bridging arrangements, or an interim period are an important part of the process”.

This involves two arrangements: the first when article 50 is triggered to the point when the UK leaves the EU; the second covers the period from exit to allow businesses time to adapt to the new arrangements.

“This is a negotiation. It’s not just about what the UK wants. The EU 27 needs to think really carefully what’s at stake for them too … That means, whether EU corporates know it directly or not, that they will be getting benefit from access to London,” he said. New York or Singapore could benefit, he added.

Bank of England officials have warned there could be an impact on the wider EU. Sir Jon Cunliffe, deputy governor, has said economies across the EU could lose outand that operations may move to New York, rather than another financial centre in Europe.

Sam Woods, another deputy governor at the Bank, has said the regulator is being kept informed of contingency arrangements being drawn up by City firms.

Anthony Browne, chief executive of the British Bankers’ Association, said all EU member states had a mutual interest in ensuring the period between concluding the UK’s exit from the trade bloc and any new relationship did not result in disruption to businesses and customers.

“Including transitional arrangements in the UK’s withdrawal agreement under article 50 would avoid a cliff-edge moment and ensure an orderly transition post-Brexit,” he said.