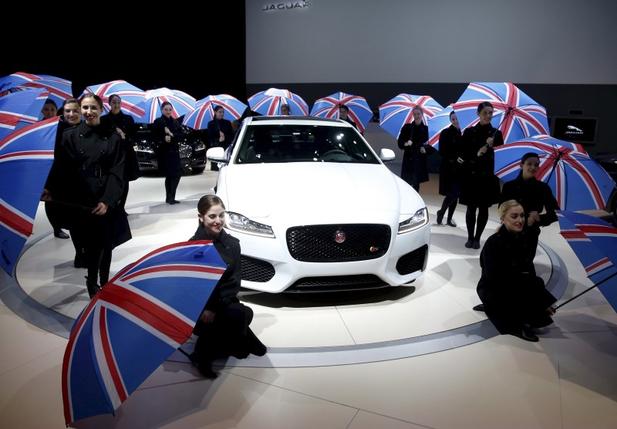 The stakes will be high for Britain’s historic role as a free-trading nation when it holds a referendum on whether to stay in the European Union on June 23.

There is no precedent for an economy as big as Britain’s leaving a trade bloc, and the rival campaigns paint contrasting pictures of what quitting the EU might mean for its trade.

Below are some of the main issues around the potential risks or benefits for British trade of a so-called Brexit.

TRADE WITH EU – HOW MUCH RISK?

Britain’s most important trade partnership is with the EU’s single market, the world’s biggest trade area.

Campaigners seeking to keep Britain in the EU say it would be in a weak negotiating position if it left and then sought to hammer out a trade agreement with its former partners, something many “out” campaigners say they want.

Pascal Lamy, a former head of the World Trade Organisation, said a post-Brexit Britain would probably have to resort to raising its import tariffs on EU and other countries’ goods or restricting access to its market in services in order to gain some muscle for trade talks that could last as long as a decade.

“Britain would have to say, ‘Sorry, consumers, but you have to pay more’. It’s just crazy,” said Lamy, an ex-EU trade chief.

In return for a trade deal, the EU would want Britain to make contributions into its budget and to keep on allowing EU citizens to work on its soil — two big concerns for the Brexit camp. It could also face a long battle to ensure its banking industry did not face hurdles doing business in Europe.

“Out” campaigners say the EU would probably be reluctant to reward a breakaway Britain with a trade deal but would not want to impede its firms from selling into the world’s fifth-biggest economy by raising tariffs or imposing tough new regulations.

They say the boot would even be on Britain’s foot because, in value terms, EU exports of goods and services to Britain were worth 289 billion pounds in 2014, substantially more than Britain’s 230 billion pounds of exports the other way.

If a deal could not be reached and WTO-compliant tariffs were imposed on trade between Britain and the EU, they would be low enough not to impede business, Dartmouth predicted.

Tariffs agreed by the EU with the WTO for imports from countries outside the bloc stand at below 5 percent on over a third of factory goods but have been abolished on about 30 percent more; the EU has a nearly 10 percent tariff on cars, a big British export.

A breakaway Britain would also need to renegotiate its WTO membership terms with all WTO members, including some with which Britain has frosty relations such as Russia and Argentina.

TRADE WITH REST OF WORLD

The Brexit camp says the EU moves too slowly on trade and Britain on its own would strike deals more quickly.

The big prizes would be agreements with heavyweights such as the United States, India and China, none of which have full trade pact with the EU to date.

But others warn that Britain, with a population of 60 million people, would go into talks in a weaker position on its own than as part of the 500-million strong EU.

“It’s not a question of being smart or not. At the end of the day it depends on how much clout you have,” said Arancha Gonzalez, head of the International Trade Centre, a joint agency of the United Nations and the WTO.

A 2013 trade deal between Switzerland and China, which some Brexit supporters say shows what Britain might achieve on its own, got rid of tariffs on 99.8 percent of Chinese exports to Switzerland immediately compared with 77.3 percent of Swiss exports to China, rising to nearly 90 percent by 2028.

Fredrik Erixon, at think tank ECIPE in Brussels, said a UK-China deal could provide big gains for British exporters and investors but might come at the cost of Britain providing China with privileged status as an investor or more political support.

Simon Evenett, a trade professor at St Gallen University in Switzerland, said Britain might be able to do a deal quickly with Brazil because it does not share the concerns of other EU countries about Brazil’s ambitions to export more farm goods.

But he said India could repeat a demand it made in trade talks with the EU — namely that more of its skilled workers be given work visas, touching on a sensitive issue for many Brexit supporters for whom high levels of immigration are a concern.

As for the United States, its top trade official said last year Washington’s focus was on deals with regional groups not individual nations.

And as well as seeking to open up new markets, a post-Brexit Britain would face the challenge of regaining the preferential trade access it currently has with over 50 countries under EU deals, ranging from Mexico to Egypt and Ukraine.

WHO WILL NEGOTIATE FOR BRITAIN?

The European Commission has exclusive competence to forge trade deals on behalf of the bloc. If Britain left, it would have to create its own negotiating team able to handle the wide range of complex issues immediately on the agenda.

Only a few of the 55 British officials in the European Commission’s trade department actually work on trade deals.

“Britain’s trade negotiators would need technical and legal experience, which is accumulated over many years, and they would be stretched by the need to negotiate simultaneously on multiple fronts,” said Gregor Irwin, chief economist at Global Counsel, a think tank led by Britain’s former EU trade chief Peter Mandelson. “No country has ever tried to do this before.”

But Matthew Elliott, chief executive of Vote Leave, a pro-Brexit campaign group, said more than 1,700 British government staff currently work on trade policy and the country would also be able to use private-sector expertise.

“The idea that we are too weak to even strike our own trade deals shows how willing the pro-EU lobby is to do down Britain,” he said.