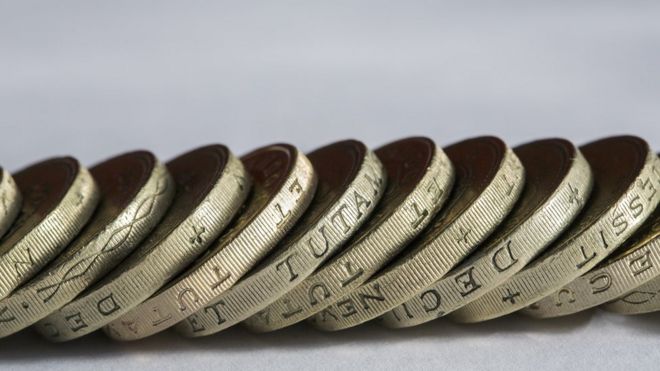 Millions of low-paid workers who put aside savings could receive a top-up of up to £1,200 over four years, the government has announced.

That could then be continued for another two years with account holders receiving another £600.

But Labour said the scheme was “like stealing someone’s car and offering them a lift to the bus stop”.

Owen Smith, the shadow work and pensions secretary, added: “It is right that there should be incentives to save, that’s why a Labour government introduced the almost identical ‘Saving Gateway’ that the Tories scrapped.”

Chancellor George Osborne dropped the Labour scheme, which was designed for up to eight million people on benefits and tax credits, saying in 2010 that it was “not affordable”.

Mr Smith said that subsequent cuts to benefits would mean “families are going to struggle to have enough money to make it to the end of the week, let alone save for the future”.

The government’s savings scheme, known as “Help to Save”, will be detailed in this week’s Budget, in which Mr Osborne has already warned of further spending cuts.

He said that the UK had to “act now rather than pay later” and that the UK would see cuts “equivalent to 50p in every £100” of public spending by 2020, which was “not a huge amount in the scheme of things”.

Forecasters at the EY Item Club said Mr Osborne should “hold fire” on further spending cuts or risk worsening an expected slowdown in the UK economy.

Meanwhile, in a planned boost for low-paid workers, the national minimum wage is set to increase from October 2016.

The government said that research showed almost half of UK adults had less than £500 set aside for emergencies.

It said the “Help to Save” scheme would be open to around 3.5 million adults who received universal credit or tax credit. They would be able to withdraw the money if necessary and there would be no restrictions to how it could be used.

If the maximum amount was paid in to the scheme over four years, it would mean savings of £3,600, with £1,200 coming from the government.

Prime Minister David Cameron said: “I’ve made it the mission of this government to transform life chances across the country.

“That means giving hard-working people the extra support they need to fulfil their potential.”

The saving accounts will come into effect by April 2018 , with consultations on how exactly it will be implemented to begin shortly after the Budget.

David Finch, senior economic analyst at the Resolution Foundation, said: “It’s vital that families have savings to fall back on to cope with financial shocks, but far too many low earners are unable to save at all. The new Help to Save scheme will provide a good incentive to start.”

I am currently able to save around £7 a week in my credit union account. But often have to take it out to pay larger monthly bills.

All in all I struggle massively to make ends meet from week to week and there is no way I’d be able to save and keep those savings in an account continuously through the year.

With Westminster gripped by EU referendum fervour, David Cameron’s focus today is a reminder of what he’d like his final years as prime minister to be remembered for: what he called “an all-out assault on poverty” in his party conference speech last autumn.

But how do you encourage people without much money to save money? How many of the 3.5 million people eligible to take part in the scheme actually will?

I asked the government for their prediction – and they wouldn’t tell me. But it did say it would cost an estimated £70m to the taxpayer over the first two years.

So let’s, very roughly, play with that figure.

Let’s imagine the average participant can afford to put aside £10 per month. That would entitle them to £120 from the government after two years.

The new levels of the national minimum wage were also announced.

Under the National Living Wage, announced last year, workers over 25 will receive a minimum of £7.20 an hour from April.