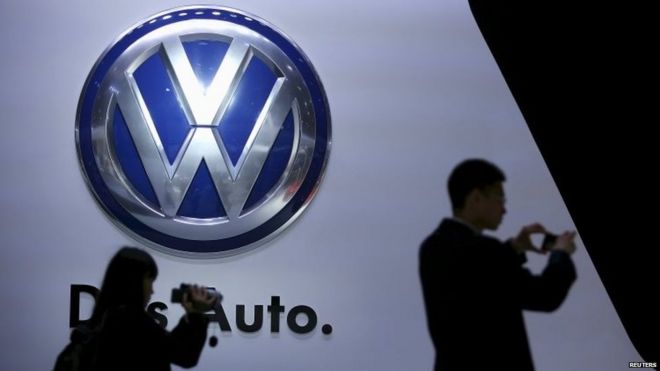 While Europe’s car industry is revving up, Volkswagen can’t get into first gear. Spluttering along after the “dieselgate” scandal, Europe’s largest carmaker faces a bumpy road ahead.

Low fuel costs and cheap money have given car sales a surge in Europe. Year-on-year sales were up 6.2% in January. And some car brands are posting double-digit sales increases.

But not VW. After cheating emissions, the Volkswagen brand is the only leading name to be hit by a fall in sales in January, posting a drop in Europe of almost 4%.

Five months since the emissions scandal broke, it’s becoming clear that VW is being hit hard.

Now there are allegations in German media that ex-VW boss Martin Winterkorn knew about the emissions rigging as early as May 2014, not in September 2015, as he claimed when the scandal became public and he was forced to step down.

But there is also a wider issue which is worrying environmentalists and consumer protection groups: that in Europe the car industry is just too powerful and too close to regulators.

‘Kiss of death’ for US ambitions

The company admitted in September to using illegal so-called defeat devices in up to 11 million diesel vehicles worldwide. The software was installed specifically to cheat emissions tests by enabling cars to appear cleaner in testing than they really are when driven.

As a result some models could be pumping out up to 40 times the legal limit of the pollutant nitrogen oxide – despite in some cases being marketed as more environmentally friendly.

Customers felt conned. Billions of euros were wiped off the company’s share value. And it was the kiss of death for VW’s American ambitions, and indeed possibly diesel as a whole on the American market.

Before Christmas it started to look like the worst was over. VW had a new leadership team. The fixes for the 8.5 million cars affected in Europe turned out to be cheaper and easier than expected, with either a simple software update or a nine euro ($10) filter.

And by the end of 2015 the company’s share value was starting to recover, rebounding 50% from October’s low.

But the news in January that the US government would sue VW for tens of billions of dollars showed that in some ways the company’s problems are just beginning.

The company has set aside 6.7 billion euros ($7.4 bn) to pay for the costs of the scandal. But, according to some estimates, the cost of legal claims, fixes and regulatory fines could exceed 30 billion euros.

Investors say that what has made the scandal worse is not simply the emissions rigging itself, but also poor communication with customers and shareholders since then – including the fact that VW engineers admitted using defeat devices to US regulators, but not to the rest of the world.

The scandal only broke weeks later when the rigging was revealed by regulators, not by VW itself.

Since then, various U-turns and unclear announcements over which models are affected have left customers confused and investors infuriated. And in Europe, there has been outrage over a promise to pay $1,000 to American owners of cars affected, but not to Europeans.

VW is also accused of not acting quickly enough. The company has failed to agree with US regulators on how American cars installed with defeat devices should be fixed.

2016 February: Volkswagen says it will not release its results due in March

2016 January: US Justice Department sues VW in federal court on behalf of the Environmental Protection Agency

There was hope that one benefit to come out of the VW scandal would be better regulation of emissions testing in Europe to something approaching the much stricter American model.

So at the beginning of February, draft plans were put to the European Parliament to introduce more precise on-road testing for dangerous nitrogen oxide emissions, rather than the present inaccurate system of lab tests.

But after pressure from national car industries, European lawmakers backed a watered-down version of the plan which gives carmakers more leeway to exceed official emissions limits. These new testing laws have been condemned by Green MEPs and campaigners as so lenient as to be useless.

The next challenge for VW is the announcement of its full year results, which was originally scheduled for 10 March. This has been delayed due to “open questions and the resulting valuation calculations relating to the diesel emissions issue”, according to a statement by VW.

The company’s annual shareholder meeting, which was to be held on 21 April, is also being postponed. The aim, said Volkswagen, is to find the most “reliable” and most “transparent” outcome.

Given that rigged emissions tests have undermined VW’s reputation for reliability, and the handling of the scandal has been condemned as far from transparent, this is an ironic choice of wording.