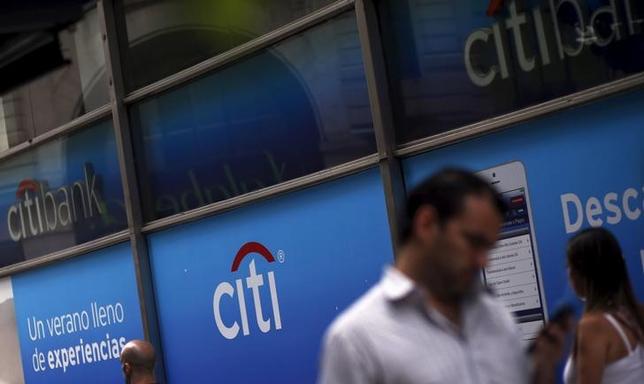 “It has been a tough quarter,” Gerspach said at an investor conference.

The company expects to take a $400 million charge in the quarter “to resize both our infrastructure and capacity” in response to the tough environment, he said.

Gerspach said market volatility has hurt both trading and new issuance. In fixed-income, spread products have been under pressure, while revenue from rates and currencies is being compared against good performance a year earlier.

Investment banking revenue is down largely because customers issued less debt and equity, he said.

The slowdown has come across the company’s business regions around the world, he said.

The company has seen no change since January in its outlook for costs for bad energy loans. When this quarter ends, reserves for energy loans will be about 4.5 percent of the funded amount, he said.

Aside from the repositioning charge, core expenses for the company’s Citicorp businesses will be about the same in the first quarter as the fourth quarter, he said.

Citigroup shares were down 2.7 percent at $41.45 in afternoon trading.