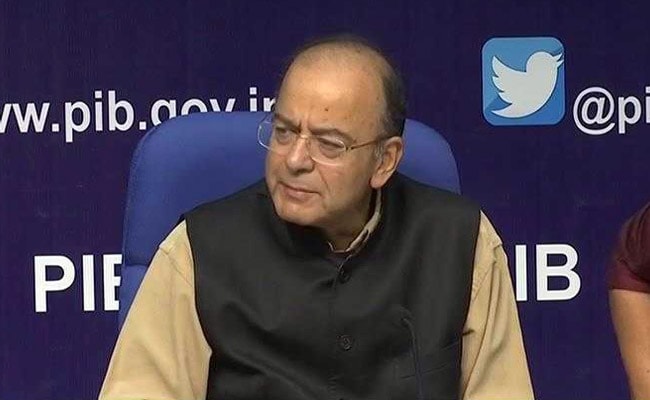 New Delhi: Ahead of the first anniversary of demonetisation, Finance Minister Arun Jaitley said on Monday that excessive cash in the economy has “its own cost” and India is gradually moving towards digital transactions. Prime Minister Narendra Modi announced on November 8 last year the scrapping of old Rs. 500 and Rs. 1,000 notes as part of the government’s efforts to fight black money and corruption. Following that, the Centre has been pushing for digital payments and transactions through the banking channel so as to promote a ‘less-cash’ economy.

However, the opposition parties have criticised demonetisation and plan to observe November 8 as “black day” across the country.

Jaitley said some people have problem in accepting the fact that transactions through the digital mode and banking instruments are going to witness a rapid growth as compared to cash dealings.

At the inauguration of the new building of Punjab National Bank (PNB) head office here, Jaitley said: “Excessive dependence on cash has its own cost.

“It is not just cost but there is a curse of cash. It has impact on both society and economy.”

He said there is a clear change taking place as to how India and Indians are spending money and the change is only in one direction.

It will not happen abruptly but the movement towards a less-cash economy is very clear, he said, adding that it will lead to more deposits with banks, increasing their lending ability at affordable rates.

Banking is the life line of the economy and it will gain further importance in the coming days, he said.

A healthy banking system will help support growth of the economy, he added.

He also said that managements of banks should focus on welfare of their employees.