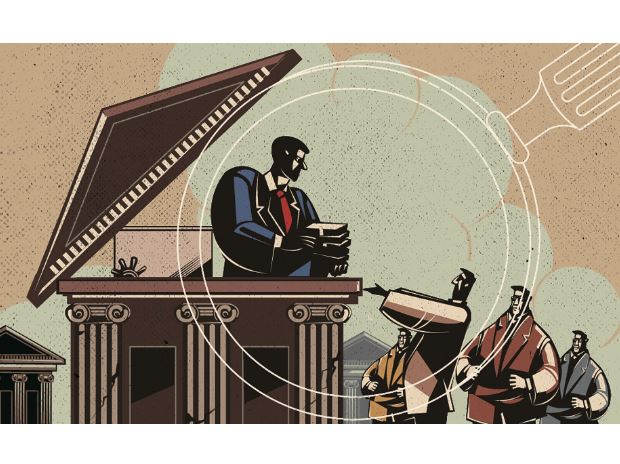 Despite increasing number of students not paying back their loans spiking NPAs to over 10 per cent, lending continues for higher education with the disbursals topping Rs 20,000 crore in fiscal 2017, according to a report.

Non-performing assets (NPAs) within the education loan book of the system ballooned 21 per cent in the reporting year, spiking the NPA ratio to 10.2 per cent as of March 2017, said a report by credit information company Crif High Mark.

The state-run banks dominate the space with a 90 per cent market share, both in value and volume, while non-banking lenders target the over Rs 10-lakh segment, which has low asset quality concerns.

Among the states, the NPA situation in Tamil Nadu and Kerala is of “concern”, with Chennai, Thiruvananthapuram, Coimbatore, Kancheepuram, Thiruvallur, Trichy, Alapuzzha, Thanjavur and Erode witnessing higher NPAs, the report said.

It can be noted that virtually all the other segments in retail lending, excluding agriculture — considered resilient and a refuge for banks in face of high NPAs in their corporate loan books — have shown very low NPAs.

Illustrating a jump in the cost of education, the average ticket has now moved up to Rs 6.8 lakh, which has more than doubled from Rs 3.25 lakh five years ago, it said.

The top six states for educational loans are Tamil Nadu, Kerala, Maharashtra, Karnataka, Andhra Pradesh and Telangana, according to the report, which also said these states constitute for 66 per cent of the overall book, down from 70 per cent two years ago.

Tamil Nadu alone constitutes for 24 per cent of the over Rs 81,600 crore portfolio, it said.

On a city-wise break-up, higher average ticket sizes of Rs 9-10 lakh are in Hyderabad, Mumbai and Delhi, while Ernakulam, Thane and Vishakapatnam have seen high disbursements in the last six to 12 months.

Generally, ticket sizes have been found to trend higher in the first two quarters of every fiscal, which indicates a higher demand from foreign education aspirants.

It can be noted that the RBI has been highlighting the pitfalls in the student loans and the then Governor Raghuram Rajan had flagged issues in May 2016.

“We have to be careful that student loans are repaid in full by those who have the means, while they are forgiven in part for those who fall on bad times or those who take low- paying public service jobs,” he had said.