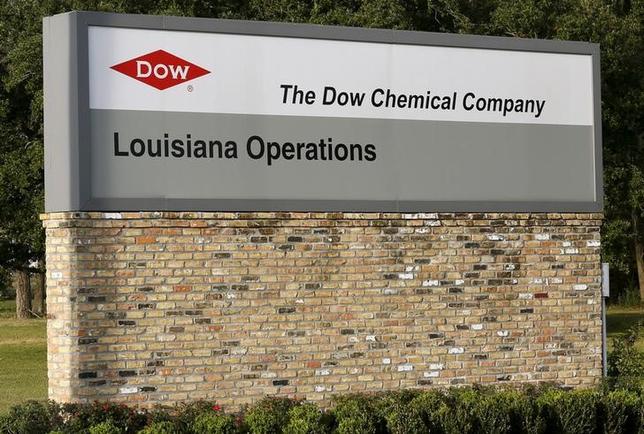 A sign is seen at an entrance to a Dow Chemical Co plant in Plaquemine, Louisiana

Dow Chemical Co’s agreement to pay $835 million to settle a price-fixing dispute provides evidence that Justice Antonin Scalia’s death is a blow to businesses that have had success recently in challenging class action cases at the U.S. Supreme Court.

Dow (DOW.N), in the process of merging with Dupont (DD.N), on Friday settled the decade-long dispute rather than risk its fate being decided by a shorthanded, eight-justice court missing, in Scalia, a reliable vote in support of companies in class action cases.

The Dow dispute, in which it was accused of conspiring to artificially inflate polyurethane prices, had been on hold at the high court pending the outcome of another case.

Dow said in a statement that Scalia’s death and the raging political fight over naming his successor meant an “increased likelihood for unfavorable outcomes for business involved in class action suits.”

Two important class action cases were argued before the Supreme Court during its current term with Scalia on the bench. Based on November’s oral argument, it appeared Tyson Foods Inc (TSN.N) would lose its challenge to an almost $5.8 million class action judgment, with or without Scalia’s vote.

The court had put off its decision on whether to hear Dow’s case pending its decision in the Tyson Foods case.

A Wal-Mart Stores Inc (WMT.N) challenge to another class action lawsuit also was on hold before the high court, awaiting the Tyson ruling. Wal-Mart is seeking to throw out a $187 million class action judgment over its treatment of workers in Pennsylvania.

Michael Donovan, a lawyer for the plaintiffs, said there have not been any settlement talks prompted by Scalia’s death.

The other class action case heard by the Supreme Court this term involved online search company Spokeo Inc. The court appeared closely divided following November’s oral argument, meaning it potentially could be split 4-4. That would hand a victory to the plaintiffs, although such a ruling would not set a national precedent.

With Scalia joining the four other conservative justices in the majority, the court in recent years had issued a series of rulings curbing class-action litigation against businesses. These included significant victories for Wal-Mart in 2011 and Comcast Corp (CMCSA.O) in 2013.

In those two cases, Scalia wrote the majority opinion for the court. The Comcast ruling was 5-4. The Wal-Mart decision was 5-4 on one aspect and unanimous on another.

Scalia’s absence may influence the court’s decisions on which new cases to hear. Four of the eight remaining justices must agree in order for the court to take up a case.

As early as Monday, the court could say whether or not it will hear a case involving Direct Digital LLC that class action lawyers are watching closely. The dispute focuses on what evidence is needed to show that members of a class have suffered an alleged injury.

Other class action cases that the Supreme Court must decide whether to hear include another one filed by Wal-Mart that is a successor to the gender discrimination suit that led to the 2011 ruling in the retailer’s favor.

Before Scalia’s death, the justices also had agreed to hear an appeal filed by Microsoft Corp(MSFT.O), which is attempting to throw out a class action lawsuit filed by Xbox 360 owners who contend that the videogame console has a design defect that causes game discs to be gouged. That case has not yet been scheduled for oral argument.

The court ruled on Jan. 20 against advertising firm Campbell-Ewald in another class action case, allowing a lawsuit to proceed.

With President Barack Obama poised to nominate a successor but the Republican-controlled Senate insisting that the next president, due to take office in January 2017, fill the vacancy, the high court could remain shorthanded for more than a year.

Any nominee picked by Obama or another Democratic president could be expected to be more sympathetic to plaintiffs bringing class action cases against businesses.