According to international real estate consultancy Cluttons, stability in office rents in Dubai’s main markets persisted throughout Q1 2016 as a result of continued high demand from both international and domestic occupiers. 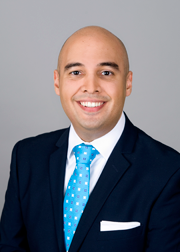 Faisal Durrani, Cluttons’ head of research, commented, “Despite sustained demand, occupiers remain cost conscious and budget driven in the face of a softening global economic backdrop, with the key word for many being ‘prudence’. Landlords, by contrast appear to be slow to react to the cooling market, with many reluctant to move on asking prices and others demonstrating a lack of flexibility for lease terms at renewal. The emerging gulf between market reality and landlords’ expectations is a concern, particularly for a market that is now starting to show signs of maturity.”

According to Cluttons Spring 2016 Dubai Office Market Bulletin, with the establishment of two new free-zones in the form of Dubai Design District (D3) and Dubai World Trade District in 2015, Central Dubai has become the focus of many occupiers and developers, particularly as it has long suffered from a demand-supply imbalance in the face of rising requirement levels. D3’s lower and upper limit free-zone rents have registered a 67% and 28% rise respectively since its launch, pushing them to between AED 150 psf and AED 165 psf. This sharp rise was also underpinned by the gradual fading of favourable terms offered to initial occupiers.

Murray Strang, Head of Investment and Agency at Cluttons UAE said, “Firms continue to be attracted to this free-zone submarket because of the high quality of buildings and the presence of other high profile occupiers in the area. In comparison, JLT (Jumeirah Lake Towers) has seen both lower and upper limit rents fall over the past 12 months, by 13% and 10% respectively to AED 70 psf and AED 180 psf.”

The attractive lease rates that were initially offered to attract occupiers to the area were positioned to undercut rents and have therefore resulted in some downward readjustments as the submarket rebalances itself after the release of extra space, according to the property firm.

According to the heat maps produced for the bulletin, Old Dubai remains a hub for local businesses, with a steady stream of demand coming through over 2015. The continued popularity of the Old Dubai market is reflected in the rise of rents in areas like Bur Dubai and Garhoud. Bur Dubai registered a 20% rise in lower limit rents to AED 60psf, while upper limit rents moved up by 7% to settle at AED 140 psf at the end of last year.

“The narrowing rental band is reflective of the markets gradual maturing process, however, it is also hinting at the achievement of a potential ceiling in upper limit rents. With the majority of stock comprised of older buildings, there is a growing opportunity for landlords to undertake refurbishment in order to drive rents up,” said Strang.

The report also highlights that, some submarkets are experiencing the effects of rental stagnation. Dubai Fringe submarket has been amongst the first few to witness this trend, with three of five submarkets in the area registering no change in lower or upper limit rents over 2015.

“This reflects a stabilisation in requirements for fringe office space. Dubai South, which will house the largest airport in the world, Al Maktoum International, in addition to the World Expo 2020 site is positioning itself as a significant destination in its own right which in the long-run is likely to help bolster office rents”, Durrani concluded. 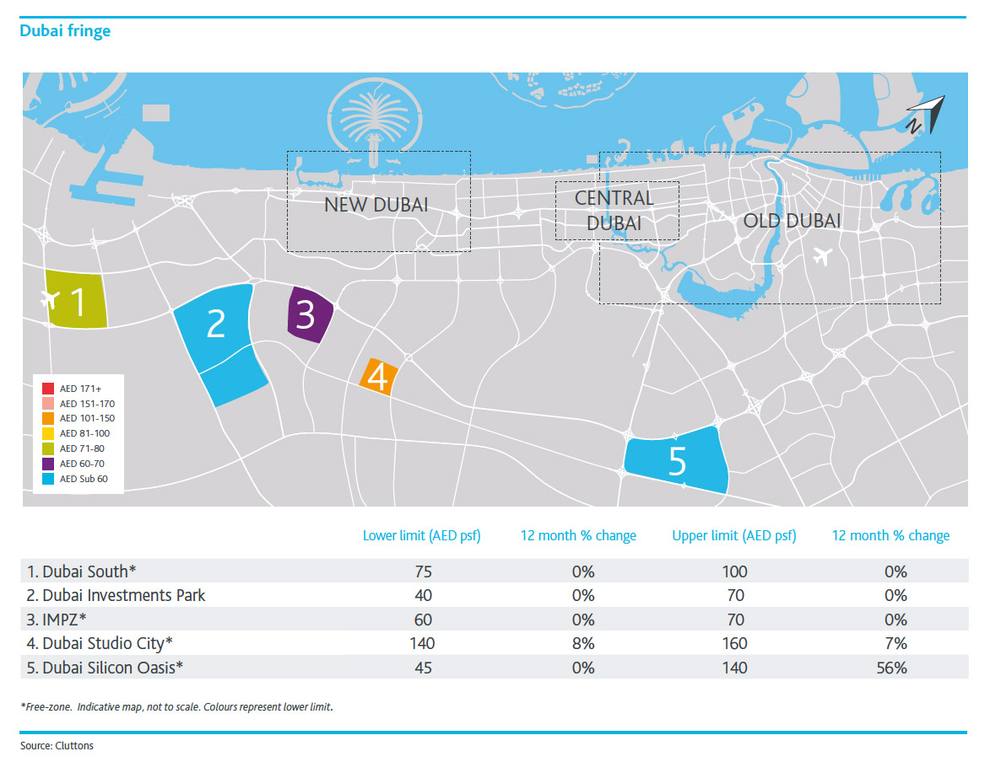 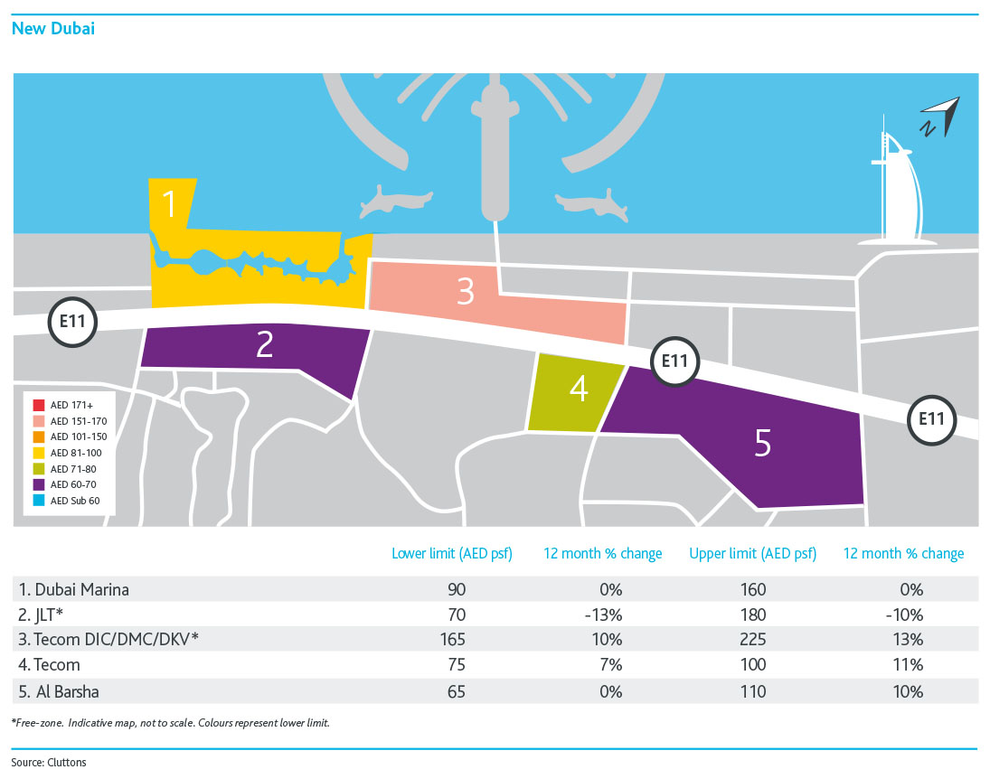 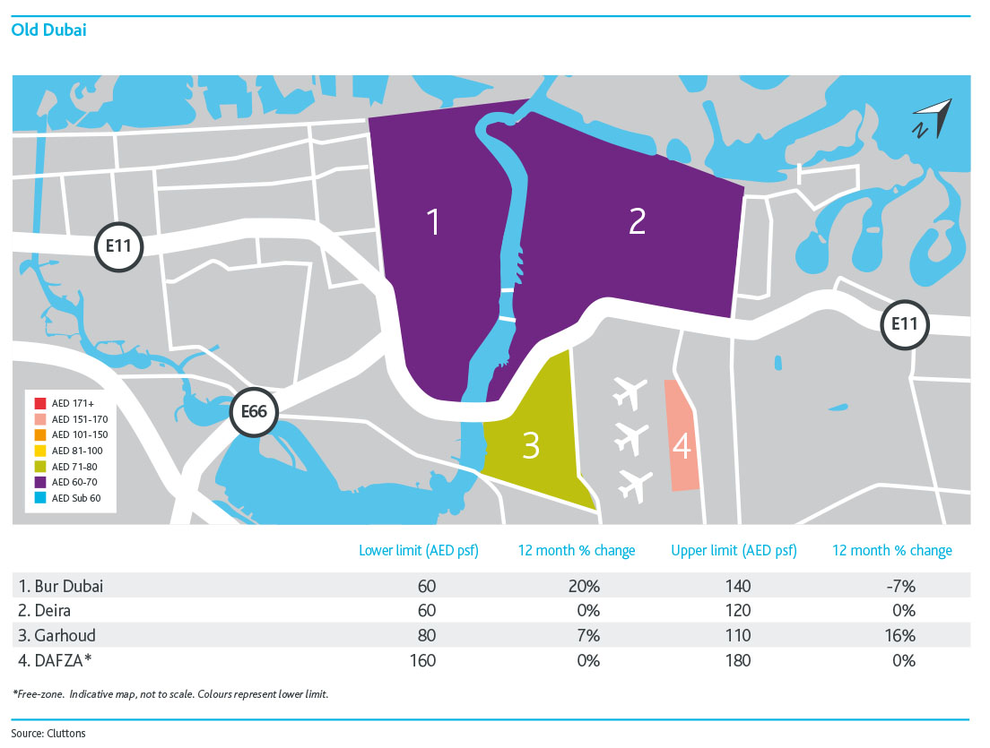 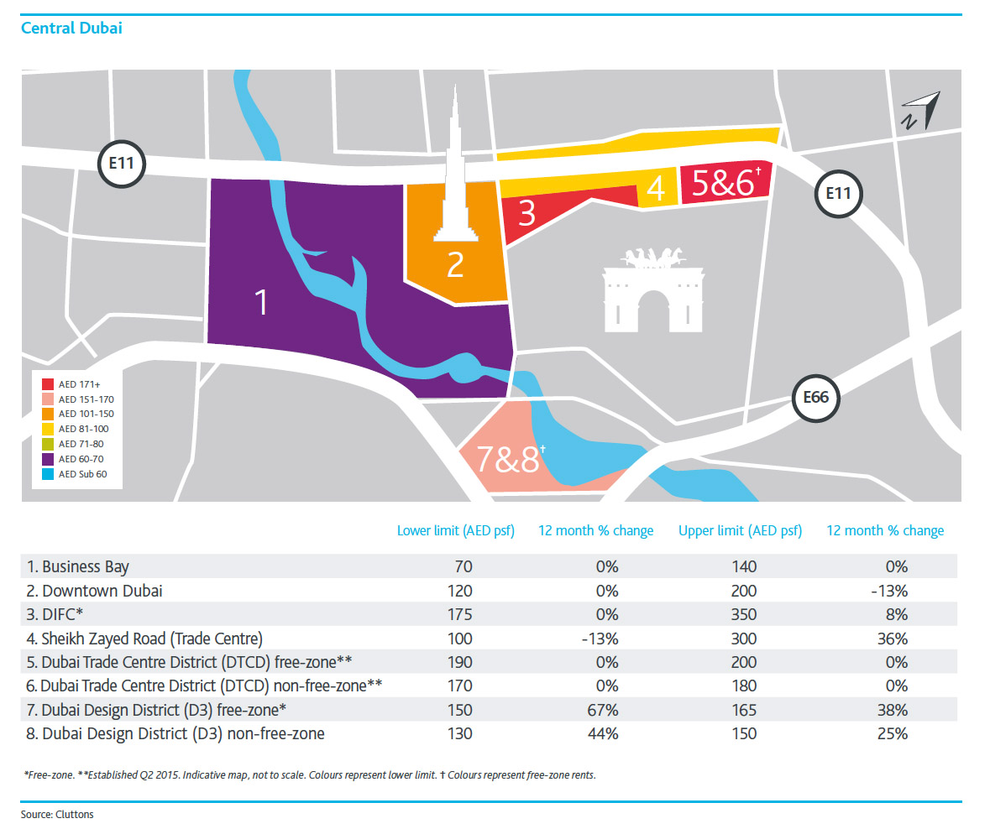