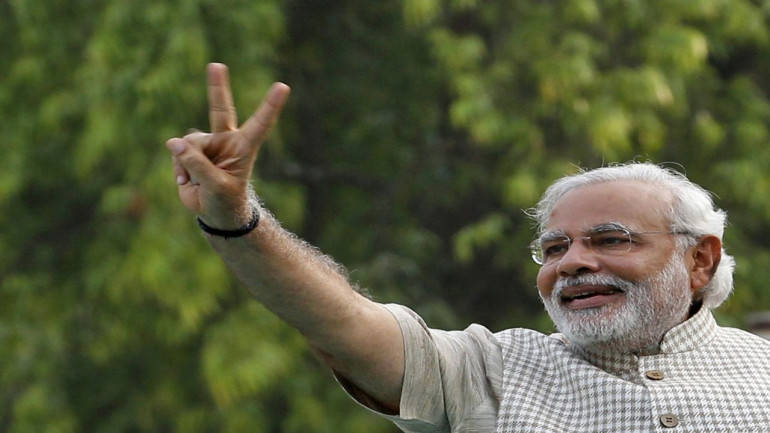 The government under the leadership of Prime Minister Narendra Modi has completed its three years. During this period, the government has worked towards gaining strength in macroeconomic fundamentals through a range of reform measures which also benefited the people, especially those deprived of the fruits of economic development in the past decade. The development, hence, looks comparatively more inclusive. The government’s most talked about flagship initiatives are meant to target the specific underprivileged sections of the country.

Some of the noteworthy initiatives of the government include “Make in India”, slated to generate immense employment opportunities; “Stand-up India” meant to promote women and SC/ST entrepreneurship; “Skill India” enabling Indian youth to take up industry-relevant skill training; “Digital India” aimed to transform India into digitally empowered society and knowledge economy; “Direct Benefits Transfer” which saves the beneficiaries of several government programmes from leakages and delays; and “Jan Dhan Yojana”, the biggest initiative towards financial inclusion.

Demonetisation was the boldest step with the stated objective of cleaning the economy from the perils of black economy. While the benefits or losses owing to this bold move are still being debated, the move has certainly led to two benefits – (i) it has created a psychological deterrence among the hoarders that the government can take any step against them, and (ii) has given a sudden push to digital transactions.

Infrastructure, the key deterrent for foreign investors till now, has also been the key area of focus of the government. Several steps have been taken towards restarting stalled projects through financial restructuring as well as contract re-negotiation related interventions. The debt recovery legislation and giving the banker’s confidence to act on NPAs (non-performing assets) positively are also going to aid the infrastructure sector greatly through making more resources available for investment in the sector.

The government has also made a strong resolve and put to action steps towards achieving the goal of being in the top 50 countries on the Ease of Doing Business rankings. A friendly competition has been unleashed among the states towards cutting red tape, process simplification and regulatory streamlining related to doing business.

While the tangible impact of these initiatives and reforms are yet to fully unfold, as some of them are only half-accomplished, these have clearly resulted in positive sentiments, both internationally and domestically. India has graduated from one of the “fragile five” economies to among the most attractive investment destinations in the world. The FDI related reforms like increasing FDI (foreign direct investment) cap in many sectors, abolishing FIPB (foreign investment promotion board), easing area restriction norms etc. have been good signals for the international business houses.

All these have contributed to the government’s impressive report card on the macroeconomic performance. From below 6 percent growth in FY13 to 7.9 percent in FY16, the economy gained impressively from these structural reforms. Despite a slight slowdown in FY17, owing to demonetisation, India is now the fastest growing economy in the world, the position long held by China and it is projected to remain so in the near and medium term.

Inflation had almost breached double-digit mark in 2013 but has been softening consistently since then. Besides the favourable global commodity prices, government’s administrative and fiscal measures to curb inflation have been laudable. These include lower increases in minimum support prices, better management of food stocks, facilitating imports of food items of mass consumption at zero or concessional import duties, restricting exports of several food items etc.

This coupled with RBI’s inflation targeting policy framework has helped in bringing inflation within the RBI’s comfort zone. The fiscal deficit has witnessed a gradual decline through prudent fiscal consolidation without sacrificing public expenditure.

In a nutshell, the three years of the government has been very promising for the Indian economy, so far. However, some of the initiatives and reform measures are still in its early stages. The soon to be implemented GST is the biggest tax reform since independence and the government gets the credit for facilitating a consensus among all states for its implementation. The economy has got wind under its sails with these measures and it is expected to soar higher in the coming years.