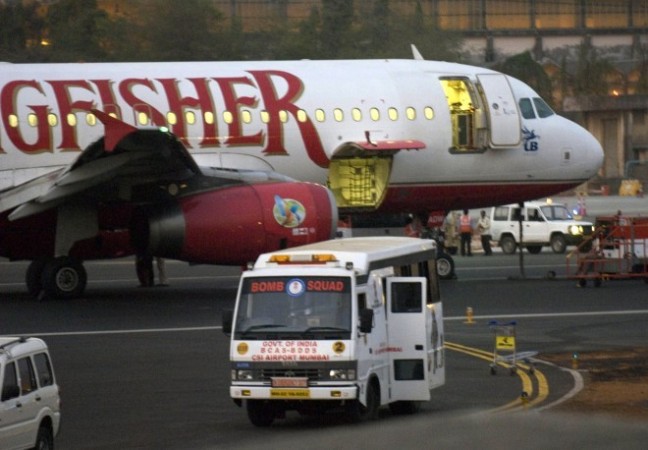 The ED has also issued directive to the State Bank of India (SBI)-led consortium of 17 banks to produce all documents related to issuing of loans to Kingfisher.

Liquor baron Mallya, against whom the consortium has moved court, owes the banks more than Rs 9,000 crore. Mallya’s departure from India, even as banks have sought a recovery of loan, has led to a major debate in the country, even reaching the Houses of Parliament, of which the industrialist himself is a member.

Earlier this week, the Debt Recovery Tribunal (DRT) ordered freezing of the Rs 515 crore Mallya got as a severance package from Diageo Plc after he stepped down as chairman of United Spirits Ltd (USL).

The State Bank of India, which is leading the consortium, said in a statement Thursday it had moved the DRT the day after the Feb. 25 settlement deal.

Law enforcement and economic intelligence agency Enforcement Directorate (ED) has directed officials of IDBI Bank and the chief financial officer (CFO) of Kingfisher Airlines to appear in person before it to assist in a probe of money laundering, said reports.

The Central Bureau of Investigation (CBI), since 2014, is probing the alleged collusion between the airline and a few bank officials in granting loan (amounting to Rs 950 crore) to the carrier despite its negative credit ratings and net worth.

The CBI in 2015 filed a suo motu FIR against Mallya and others in this case. The FIR said IDBI Bank had granted the loan despite Kingfisher Airlines being in acute financial distress in 2009, reported the New Indian Express.

The CBI had further stated in the report IDBI Bank CMD Yogesh Aggarwal approved the proposal with special instructions to bank officials, though the memorandum said the auditors observed funds aggregating to Rs 4,630 crore raised on short-term basis were used for long-term purposes. And further, an undisputed TDS amount of Rs 111 crore was not deposited for over six months, said the newspaper.

A part of the loan was even used for foreign remittance towards lease rentals, purchase of aircraft parts, etc., it said.

The ED, responsible for enforcing economic laws and fighting economic crime, picked up the issue on Monday, March 7, 2016, by registering a case under the Prevention of Money Laundering Act to trace the diversion of the Rs 950-crore loan granted to the airline by the bank.

Last week, CBI director Anil Sinha had said while banks and financial institutions should work fearlessly, fraudsters (and public officials who collude with them) must be brought to the book.

“The monitoring of end use of funds, especially in large-value accounts, needs a relook to check diversion of funds for non-sanctioned purposes,” he was quoted by Mint as saying. He added there is a growing sense of anguish among the public that while banks are strict on retail borrowers, big borrowers and large-scale fraudsters are able to evade the law.

Probe agencies are tightening their grip not only on firms but also on lenders, reported the daily.

IDBI Bank, with 80 percent government holding, was recently in the news as Finance Minister Arun Jaitley declared in his Budget speech the “bank’s process of transformation has started and will take forward the option of reducing its (government) stake below 50 percent.”.

On the other hand, Vijay Mallya-owned Kingfisher Airlines defaulting loans to the tune of Rs 7,000 crore has been the most-watched high-profile corporate saga over the past fortnight.