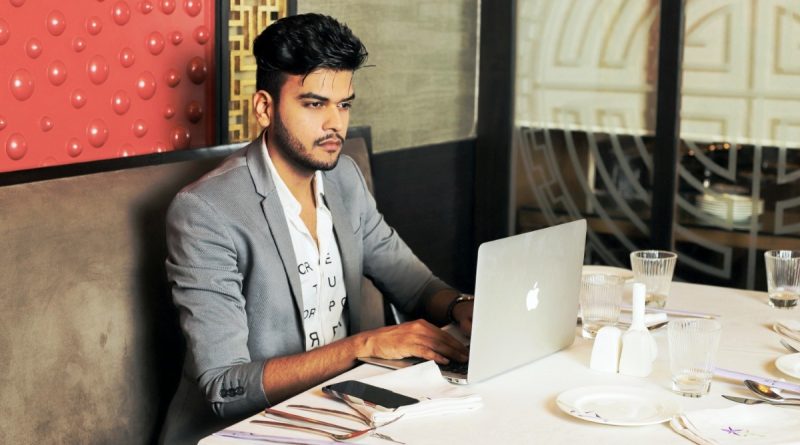 Vishal Jain serves as one of the finest examples of the quote by Jim Rohn. A college dropout, Vishal started his journey by offering virtual services on different freelancing websites such as Upwork, Fiver, and People per Hour. With consistency and dedication, he managed to earn enough to start his own company by the name of “Sunshy Digital Media Agency.”

And as they say, the rest is history!

In a span of five years, Vishal became an owner of 6 companies with annual earnings of more than $150K and the guy is not stopping!

Here, Vishal shares some tips on how the youngsters can manage their finances and keep the wealth growing with minimal skills.

1. Start at the bottom

In the entrepreneur world, there is no fairy that magically bestows ‘instant success.’ It takes hard work, persistence, and most importantly – a yearning to follow one’s dreams and desires.

At a young age, Vishal had the yearning to start his own business. However, he did not want to take money from anyone and so, he started freelancing.  Initially, he started with any job he could get his hands on but later self-learnt social media marketing, designing, and development to enhance his skills.

Vishal shares that he worked with over 1000 clients and spent a good 18 hours a day on the work. Within 6 months, he managed to earn enough to establish his own agency.

2. Don’t study for the sake of parents and society

Vishal says that he still gets hate from everyone because he dropped out of college to follow his dreams, According to Vishal Jain, a college degree is for those who want to specialize in a particular field of their interest – like doctor and lawyer.

He also does not consider jobs a secure option and thinks that people get ‘laid off’ anytime – anywhere. Instead, he chose to grasp the era of digitalization and with zero amount in his hands initiated the journey that now earns him an income not attainable with a degree of CA, Engineering, or MBA.

Of course, Vishal does not advise the young generation to quit college if they are unsure about their future plans. But he does recommend learning as many skills as possible in your youth.

Entrepreneurs are investors. Instead of spending all away as you earn, Vishal suggests putting some away and letting it grow in a sizable amount.

For Vishal, it was never about impressing people with fancy cars and other lavish items. He diversified his income on other projects including a manufacturing unit that makes industrial goods, an e-commerce unit that specializes in handmade jewellery, e-book, and social media marketing agencies.

Vishal also began flipping real estate at the age of 22.

4. Embrace the power of digital media

Vishal says that we live in the digital era. Everything we want is accessible on the World Wide Web that possesses no limits. The 24-year-old entrepreneur embraced the digital world fully and learnt as many skills possible.

His suggestion to the young and aspiring individuals is to follow the same protocol. He says that effective use of digital marketing, social media networks, and a little creativity can make anyone viral on the internet – and on their way to financial freedom.

Wealth and passion work together! If you have a passion for the work you do, work definitely becomes pleasurable and enables the money to flow through. Rather than following the herd, Vishal pursued his own belief and managed to achieve a great height of monetary success and that too at the young age of 24.