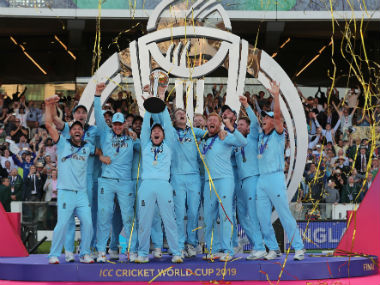 Common sense has been a casualty even as the ancient game of cricket grapples hard to cope with advancements in technology. So fazed are the game’s experts by technological strides and so acute has been their inability to absorb it, that they have actually let the game down.

Those interpreting laws on the field of play may seem to be brutally exposed by technology, but the fault really lies with those formulating illogical rules. Consequently, the average television viewer is often flummoxed by the fact that what he sees is not what he gets. Cricket will do well to open its doors to technology to eliminate errors and make the sport more appealing. AP

Take the instance in the World Cup final when England began their chase of New Zealand’s modest total. Everyone knew that Kiwis’ fate hinged on how well opening bowlers Trent Boult and Matt Henry used the new ball and were thus eagerly anticipating a classic confrontation between them and England’s outstanding opening batsmen Jason Roy and Johny Bairstow.

Boult, bowling as an express 90 miles per hour, crashed the first delivery into a startled Roy’s pads. It was a magnificent in-swinger that caught the batsman napping. However, the umpire was not convinced that the ball would have hit the stumps.

Naturally, the Kiwis referred the decision and replays showed that 40 percent of the new, hard cricket ball would have smashed into the leg stump. The third umpire went by the rule book, which meant that it was the umpire’s call and hence the on-field umpire’s decision of ‘not out’ stood.

This is one of the rulings which defy credibility. How can any bails, even these heavy ones, stand atop the stumps if a fast bowler hurtling the ball at 90mph hits even 40 percent of the width of the stump? Not just the bails, even the stump would go flying. Yet cricket has this ridiculous rule that more than 50 percent of the ball should hit the stump for the decision to be conclusive!

Even as this incomprehensible, incredulous action was taking place at Lord’s, just a few miles away, at Wimbledon too there was tennis’ version of DRS being put to use. There the public saw that however thin a contact the ball made with sideline or baseline was deemed good enough. Everybody in the stadium and on TV saw these happening and was comfortable with it.

But cricket’s experts wanted nothing less than 51 percent of the ball striking the stumps; else it was not good enough.

There would be no problem if 51 percent ball contact was the norm and uniformly applied across the sport.

However, the vexing aspect of cricket is that this rule is not consistently applied.

Take the case of caught behind decisions. Even the faintest snicks, say one per cent of the ball is sufficient for a batsman to be declared out. Now is that not an anomaly in a sport that demands 51 percent contact for some decisions before an umpire is convinced?

The problem is not really with the interpretation of rules by umpires. It is the mindset of organisers stuck in a time warp. It is their confused state of mind that is playing havoc with the credibility of the game.

The Laws of cricket were made in the 18th century for long duration games and most of these Laws have stood the test of time. It is when they are being selectively applied for ODIs, T20 and being tweaked to withstand the glaring exposure of technology that some of the improvised laws seem incomprehensible.

Frankly, cricket’s administrators were never enamoured by change or technology. It may be recalled that they had to be dragged kicking and screaming to adopt many innovations which Kerry Packer had already introduced with great success. These included deploying white ball and even two white balls, floodlit day-night matches, drop-in pitches, coloured clothing, inner circle restrictions for limited overs cricket and much else.

Their reluctant acceptance of Packer’s innovations notwithstanding, ICC continued to be hesitant in ushering in reforms like neutral umpires, third umpire, ball-tracking technology, Hot Spot, slow-motion replays, etc. All these hesitant and unenthusiastic induction of innovations have now come to a head where technology advancements have moved so far ahead that the game’s experts are being shown in poor light.

This, in turn, has hurt the credibility of the sport as television viewers seem more clued into angles, contact, ball tracking than on-field umpires. And this is making a terrible mockery of umpires, particularly some of those who officiated in this World Cup.

Here it would be pertinent to point out another sport closely related to cricket which has used technological advances to help umpires.

Not long ago, Major League Baseball in the US signed a three-year deal to have robotics help umpires. They also ensured that every affiliated minor league ballpark and major league park was outfitted with the same TrackMan technology. Recently, they had the computer calling an All Star professional baseball game with excellent results: one hitch and no controversy!

Indeed tennis, baseball and a whole lot of professional sport have joyfully ensured that technology comes to the aid of umpires. Cricket has been a laggard in this. Technology is sparingly used, and in many instances, overruled because of experts inability to come to terms with it.

And this is causing utter confusion. Virat Kohli, Rohit Sharma, and Ross Taylor were erroneously declared out during key moments at the World Cup because experts relied on subjective and unreliable umpiring rather than technology.

Unless these experts wake up and smell the coffee, monumental errors like those mentioned above will continue to be the norm. Artificial Intelligence and machine learning are rapidly coming into all aspects of life. Cricket cannot feel threatened by them. Hopefully, the new ICC CEO Manu Swahney will step in and take the game out of its 19th-century mindset and into the 21st century.