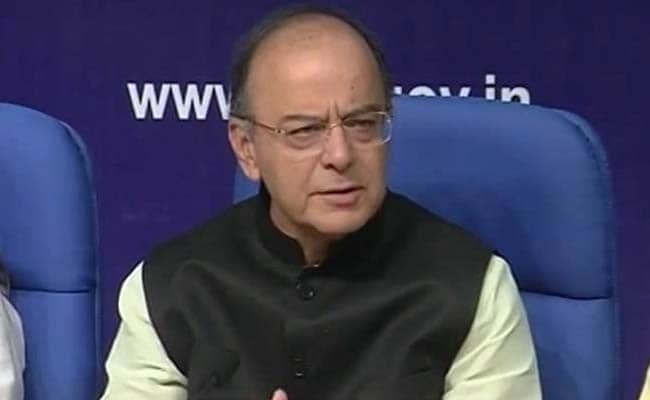 New Delhi: Finance Minister Arun Jaitley on Sunday said his ministry is debating the two innovative
suggestions made by the latest Economic Survey – Universal Basic Income (UBI) and creation of a ‘bad bank’ – to deal with the unacceptable levels of bad loans. He, however, said the idea of UBI does not seem to be a feasible policy option at this point of time given the “political limitations”. While inaugurating a one-week teachers’ workshop at the Indian Institute of Technology (IIT), Delhi, the finance minister also emphasised policymakers to continuously upgrade their knowledge on different subjects.

“I think it’s equally meant for policy makers because they should also be acquainted with the facts for informed policy making”, he noted.

On innovative ideas of the Survey, he said it remains a challenge on how to allocate subsidies in a targeted manner. The Survey, prepared by Chief Economic Adviser Arvind Subramanian, also strongly pushed for a bad bank, in which all non-performing assets (NPAs) of the banks are vested so that the rest of the banking system could carry on with its own activities, he said.
“I have been having debates with him on both his current suggestions. I’m fully supportive of his idea (UBI) but realising limitations of Indian politics, I have always expressed to him the fear that once he moots ideas like the UBI, we will be landing in a situation where people will stand up in Parliament and demand continuation of the present subsidies and over and above that let’s have the UBI, something that the Budget will not be able to afford,” he said.

The minister said that the Economic Survey, which precedes Budget by a day, is not a propaganda material but highlights the stark reality of the economic situation.

“The document had traditional format but in the past two years Dr Subramanian and his team have deviated from the traditional format. It’s drafted differently. In addition to analysing present state of affairs, it also always contains a chapter or two which are provocative,” he said.