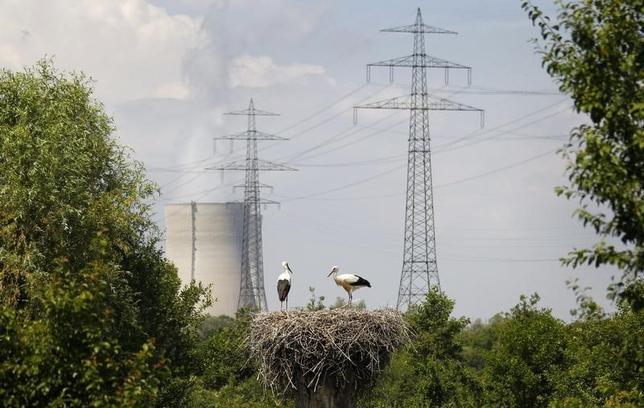 Germany’s ailing utilities should transfer cash into a fund to pay for the country’s exit from nuclear energy unless they want to give up some of their most promising assets, the chairman of a government-appointed commission said.

Dealing with the costs of dismantling their nuclear plants has become the make-or-break issue for the country’s energy firms, with markets eagerly awaiting commission proposals due by the end of the month for how it can be done.

At the heart of the problem lie nearly 40 billion euros ($45 billion) in provisions set aside by Germany’s “big four” utilities — E.ON, RWE, EnBW and Vattenfall — to fund the dismantling and storage of waste from their nuclear plants, the last of which will be closed in 2022.

Shares in both E.ON and RWE rallied on Monday, recouping some of last week’s losses, as analysts and traders welcomed the likelihood of a solution that could free the companies from the uncertainty over future liabilities.

Concerns over their financial health have fuelled fears that the power firms may be unable to turn the provisions, which include assets and shares as well as cash, into liquidity. That risks leaving taxpayers to pick up the bill.

The so-called “nuclear commission” is tasked with finding a solution for how these provisions can be protected, most likely by setting up a government-controlled fund, while keeping utilities in a viable state.

“The companies don’t want to give away units with a promising future such as wind parks or power networks,” he told Rheinische Post newspaper in an interview published on Monday. “It would probably be in their own interest to rather pay in cash,” he added.

Trittin signalled it would not make sense to transfer all of the provisions the utilities have set aside to the government.

“This would correspond to a full nationalisation, which is neither in the state’s nor in the companies’ interest,” he said.

Utilities are banking on renewables and grids for future growth, faced with an accelerating demise of their coal, gas and nuclear plants, which are either being shut down or pushed out of the market by solar and wind parks.