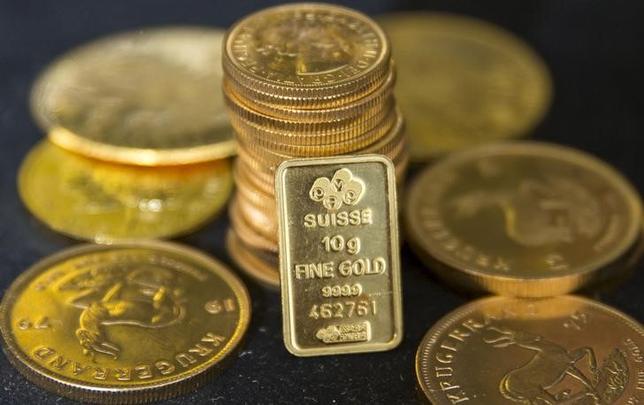 Asian shares got off to a shaky start as investors remained cautious in the face of a fragile recovery in crude oil. Safe-haven assets, including the Japanese yen, gained across the board.

On Wednesday, gold had climbed 2 percent to $1,252.91 as lower oil prices dragged down stocks. But the metal gave up most of its gains as crude turned higher, lifting stocks.

“The volatility in oil prices and stock markets, and ‘Brexit’ fears are all contributing to the rising risk averse sentiment in the market,” said Mark To, head of research at Hong Kong’s Wing Fung Financial Group.

Sterling was near a seven-year low against the dollar and a 2-1/2 year low versus the yen on Thursday on worries Britain may exit the European Union after Prime Minister David Cameron’s announcement of a June 23 referendum on Britain’s membership of the EU. [USD/]

“I think there will be a stronger momentum for gold in the coming few weeks,” To said.

Gold’s 16-percent rally this year has been fuelled by safe-haven bids as global equities tumbled on lower oil prices and fears of an economic slowdown. The metal hit a one-year top of $1,260.60 two weeks ago.

An increase in assets of bullion-backed exchange traded funds (ETF) has also supported the rally.

Inflows into SPDR Gold Trust, the top gold ETF, since the beginning of the year have already surpassed outflows for the whole of 2015. The increase in assets so far is also the highest since 2010.

On Wednesday, holdings of the fund rose further to 760.32 tonnes, the highest since March 2015.

“The ETFs are a good indicator that money is definitely flowing into gold,” said a Hong Kong-based bullion trader. “More money will start to flow in if we hold above $1,250 convincingly.”

Gold is also finding support from increasing expectations that the Federal Reserve will not raise U.S. interest rates this year after hiking rates for the first time in nearly a decade in December.