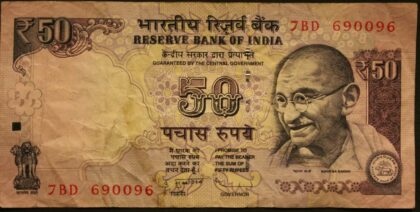 The Government of India has released its 2016-17 Economic Survey, with its eagerly awaited chapter on UBI. The discussion is largely favorable, declaring it time for “serious deliberation” about a UBI for India.

Each year, the Ministry of Finance of the Government of India releases a document called the Economic Survey, which reviews and analyzes developments in the nation’s economy. The Economic Survey is made publically available (its official website promotes it to “policymakers, economists, policy analysts, business practitioners, government agencies, students, researchers, the media, and all those interested in the development in the Indian economy”), and is presented to the Indian Parliament during its budget session.

Last September, Chief Economic Adviser Arvind Subramanian announced that the 2016-17 Economic Survey would contain a chapter on universal basic income (UBI), making the document hotly anticipated among UBI supporters and others following the movement. (Sensationalized reporting led some early reports to claim, mistakenly, that India was about to launch UBI.)

The 2016-17 Economic Survey, with its 40-page chapter “Universal Basic Income: A Conversation With and Within the Mahatma,” was officially released on January 31, 2017.

Its discussion on UBI is framed around the question of whether Mahatma Gandhi would have endorsed UBI, a question that Subramanian anticipated in comments to an inter-faith prayer meeting last fall. (The main conclusion, presented on the first page, is that he would have been conflicted; a bit more is said in the final section, but I shan’t spoil the ending.)

The tone of the chapter is highly sympathetic to UBI, and the Ministry of Finance calls UBI a “powerful idea whose time even if not ripe for implementation is ripe for serious discussion.”

BIEN co-founder Guy Standing, who conducted basic income pilot studies in India earlier in the decade, was among those who provided input to Indian government for the survey. Standing states,

This is the first major government that has come out with an official favourable report on basic income, and has shown that it is feasible. It recognises the political obstacles and the challenges of rolling it out. We are delighted that the team writing the chapter in the Economic Report have drawn on our basic income pilots in Madhya Pradesh, which are still the biggest such pilots to have been conducted, as shown in our recent book.

In India, UBI has become popular largely as a potential solution to the misallocation, leakages, and corruption in the country’s extensive and complex system of targeted in-kind benefits to the poor. The Economic Survey describes these problems in presenting the argument for UBI in India. In addition, it considers the potential for UBI to promote individual agency. Paid to individuals instead of households, it could be particularly effective in empowering women.

The authors also cite empirical studies to assuage worries that UBI would discourage work or promote the consumption of temptation goods like tobacco, alcohol, and paan.

While the discussion of UBI is largely favorable, the authors acknowledge practical difficulties in implementing the scheme nationwide, including fiscal constraints and resistance to eliminating current programs (most of which, according to the survey, must be eliminated if UBI is to be financially feasible). Additionally, the survey notes that there may be popular resistance to full universality — especially the transferring of money those already well-off. To address the latter issue, it suggests abandoning true universality (“excluding the non-deserving” from receiving the benefit), and proposes several mechanisms to discourage the well-off from accepting UBI payments.

Due to these and other practical difficulties, the chapter favors the introduction of UBI in a gradual manner. It presents three possible starting points: (1) offer an unconditional basic income as an optional alternative to recipients of existing subsidies (with the caveat that this approach would not remedy problems in targeting the poor or allocating money to districts commensurate with need); (2) provide a “UBI for women”; (3) provide a basic income that is “universal” only within certain vulnerable populations, such as the elderly, widows, mothers, or those with disabilities or illnesses.

In all cases, the authors note, effective implementation of the scheme would be hampered by the fact that many poor citizens do not have bank accounts or ready access to banks. Thus, a prerequisite is the full implementation of the Jan Dhan, Aadhaar, Mobile (JAM) scheme, which would provide all Indians with a bank account and the ability to receive funds electronically, through a mobile phone.

Plus a Bonus in Chapter 13…

In addition to including a dedicated chapter on UBI, the Economic Survey broached the idea of a sovereign wealth fund and citizen’s dividend, a type of UBI, in a later chapter titled “The ‘Other Indias’: Two Analytical Narratives (Redistributive and Natural Resources) on States’ Development”.
The chapter refers to the Goa Iron Ore Permanent Fund, which was created by a Supreme Court order in 2012. The state of Goa, which is rich in mineral deposits, has been plagued with corrupt and controversial mining practices. Under the 2012 court order, a portion of the money received from sales of iron ore must be placed into a permanent fund to preserve for future generations. The Goenchi Mati Movement, whose member Rahul Basu provided input to the Economic Survey, demands an expansion of the fund and the distribution of its revenue in equal cash payments to all Goans.