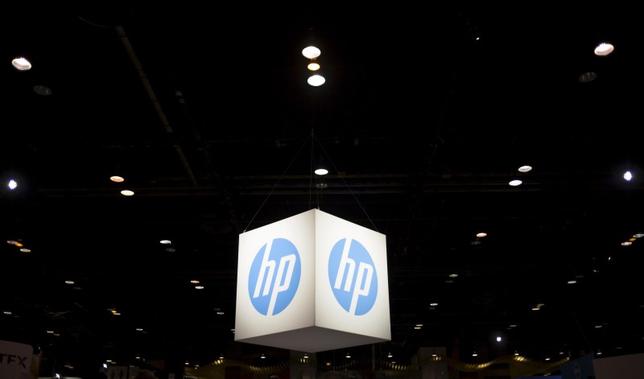 The Hewlett-Packard (HP) logo is seen as part of a display at the Microsoft Ignite technology conference in Chicago, Illinois

HP Inc said it was accelerating its restructuring programme and now expects about 3,000 people will exit by the end of fiscal 2016 instead of over three years as it announced in September.

The restructuring will result in charges and associated cash payments of about $300 million in the current year, the company said.

“This move is basically HP Inc embracing the tough pricing environment and shifting their focus to building their portfolio,” says Shannon Cross, an analyst for Cross Research.

HP Inc, which houses former Hewlett-Packard Co’s legacy hardware business, reported a near 12 percent drop in quarterly revenue, as it struggles with weak demand for PCs and printers.

Revenue in the company’s personal systems business fell 13 percent in the first quarter ended Jan. 31, while it declined 17 percent in its printing division from a year earlier.

PC sales have been falling sharply worldwide, and the launch of Windows 10 has so far failed to rekindle demand.

The company, which is reporting results independently for the first time since being spun off from Hewlett-Packard Co, forecast adjusted profit of 35-40 cents per share for its second quarter ending April 30.

Analysts on average were expecting 39 cents, according to Thomson Reuters I/B/E/S.

Analysts on average had expected earnings of 36 cents per share and revenue of $12.20 billion.

HP Inc’s shares were marginally lower at $10.75 in extended trading on Wednesday. They had fallen more than 13 percent since the spinoff in early November to Wednesday.