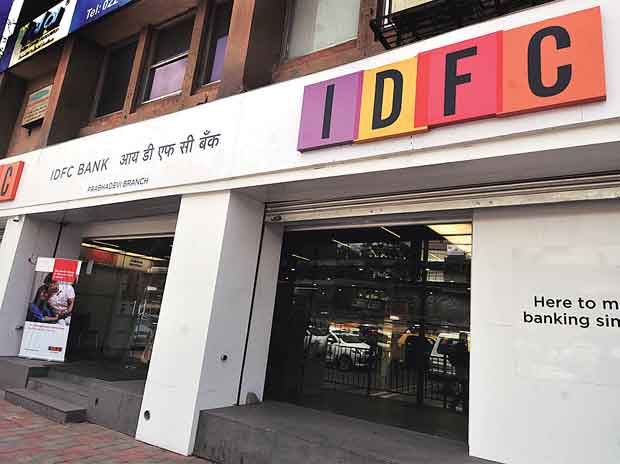 IDFC Bank will pursue its branch expansion plan organically during the current fiscal and won’t wait till Shriram merger happens, a top official said.
Meanwhile, the bank has chalked out its plan for the next 36 months, which includes doubling its branches and growing point of sales to one lakh. The bank is also targeting Rs 5,000 crore every year from retail alone.
Rajiv B Lall, founder managing director & CEO, said that by end of 2017-18, the bank plans to increase its branches by 156-160 organically.
Over the next 36 months, IDFC Bank plans to increase its number of branches to 300-400 from the current 86, business correspondence to around 3,000 from 358 currently and points of presence to 100,000 from 11,429.
Speaking at the bank’s annual general meeting today, Lall said that unlike traditional banking system, IDFC Bank has relied on three distribution channels, including bank branches, business correspondence and point of presence.
He added, if the merger (IDFC-Shriram) goes through, it will accelerate bank’s expansion plan and immediately it would add around 2,000 distribution points, which will come from Shriram City Union Finance (SCUF), which is expected to be merged with IDFC Bank. Shriram Transport Finance is expected to be separate entity under IDFC Ltd.
“We will be second to none among the private sector banks in terms of network. But our cost will be much lower because we are not relying only traditional channels,” said Lall.
Lall said that the Shriram companies will give access to one crore customers. If around 20 per cent of this customer base brought into IDFC Bank it will be major boost for the Bank, said Lall, who is pushing for retail growth. IDFC Bank claims a customer base of around 16 lakh as compared to 11 lakh last year, an increase of around 60 per cent.
“By combining their (Shriram’s) retail with IDFC, it will accelerate IDFC’s realisation to our strategy and enhance the profitability and ROE,” said Lall.
Every quarter, IDFC Bank clocks around Rs 260 crore from retail and every quarter around Rs 900 crore.
“Our plan is to increase the retail assets by around Rs 5,000 crore every year,” said Lall.
He noted, Bank’s overall composition has changed as the share of infrastructure and large corporate have come down. Today around 26 per cent of Bank’s advances are retail as compared to 11 per cent last year. The purpose is to increase the earning power and profitability of the Bank.
“Not that we have stopped corporate lending completely we slowed down large infrastructure corporate lending, now the thrust is mid markets and emerging large corporate,” said Lall.
Bank’s CASA improved from one per cent to six per cent, mainly due to saving accounts in retail and this will increase systematically, said Lall.
The bank claims every month around 80,000 retail customers are being added and average saving in each of them is about Rs 10,000-11,000 in savings.
Fee-based income generated by the whole sale banking was at Rs 143 crore and expects to grow by around 30-40 per cent. The lender got over Rs 20,000 crore non-funded credit, which generates fee-based income.
He noted the bank reported five times growth in retail deposit base.