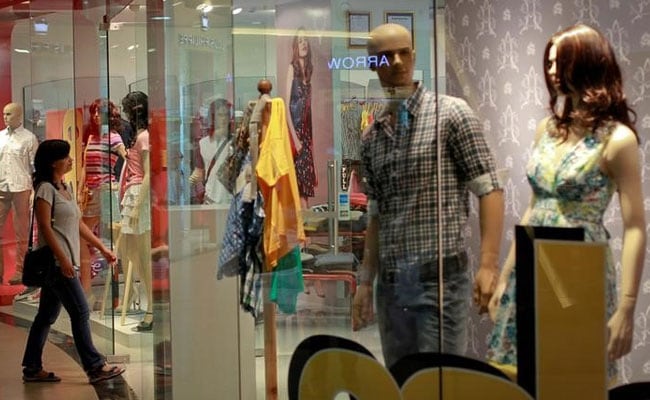 Mumbai: Cash crunch and confusion over the introduction of GST (Goods and Services Tax) were initially blamed for pulling economic growth down to its weakest pace in more than three years. But that is masking a more debilitating factor affecting the economy – corporate debt. Thomson Reuters data, based on the latest annual earnings reports, shows the country’s corporate debt rose to a seven-year high at the end of March. More than a fifth of large companies did not earn enough to pay interest on their loans and the pace of new loans fell to the lowest in more than six decades.

The government reported on August 31 that annual GDP growth in the quarter ended June dropped to 5.7 per cent, an envious pace for many countries but the economy’s weakest since early 2014.

It was blamed on attempts by the government to flush out money hidden from the tax man, which caused a cash crunch, and the introduction of GST, which prompted businesses and consumers to hit the pause button.

But Indian business executives say they are more concerned about the impact of soured loans on bank balance sheets, which prevent them from getting the full benefit of central bank rate cuts. That is sapping India’s economic vitality, they say.

Since January 2015, the central bank has cut policy rates by 200 basis points, or 2 percentage points, but commercial bank benchmark lending rates have come down less, by about 120 basis points.

“We are not in a position to take a decision on whether we should expand our business or set up new businesses,” said Mr George. GVK is not alone in trying to manage high debts.

Thomson Reuters data shows net debt for 288 companies with a market capitalisation of more than $500 million, covering most big firms in India, has hit at least a seven-year high of Rs. 18 lakh crore ($281 billion). Soured debt was 12 per cent of total loans held by lenders at the end of March.

Another Thomson Reuters analysis showed more than a fifth of 513 Indian companies had interest cover of less than 1 per cent.

New loans are also hard to come by: RBI data shows bank credit growth fell by a quarterly record in April-June. On an annual basis, the pace of new loans in the year to the end of March, fell to the lowest since the fiscal year ended in March 1954.

The impact can be seen in the GDP data. Gross capital formation, a gauge of private investment, fell to less than 30 per cent of GDP in the June quarter, from 31 per cent a year earlier and 38 per cent a decade ago.

The Reserve Bank of India (RBI) has been reluctant to cut rates too aggressively because of concerns about consumer inflation.

“It is only after lending rates come down that demand will revive to exhaust capacity and spark off investment,” Bank of America Merrill Lynch said in a note to clients.

RBI officials though see the issue as a banking one, and want the government to inject more funds into state-run lenders. Indian banks needed “substantial additional capital” from the government, RBI Deputy Governor Viral Acharya said.

Fitch Ratings said on Tuesday that Indian banks were likely to need about $65 billion in additional capital, 95 per cent of it for state-run lenders, by March 2019, far above the $11 billion budgeted by the government.

The government says it stands behind the banks, but has yet to commit additional capital. It is pushing instead for measures to grant the RBI more power to steer companies through bankruptcy, a process analysts say could take years.

The government has other options: former RBI Governor Raghuram Rajan, for example, proposed in a Reuters interview that New Delhi sell stakes in state-owned companies to fund a bank recapitalisation.

“We would always want to see lower rates, but I don’t see too much of a scope now to go below where we are today,” said Kumar Mangalam Birla, chairman of the metals-to-telecoms conglomerate, Aditya Birla.

“At the end of the day if you have resolution to the NPA (non-performing asset) problem, that will create more space for the banks to start lending again.”