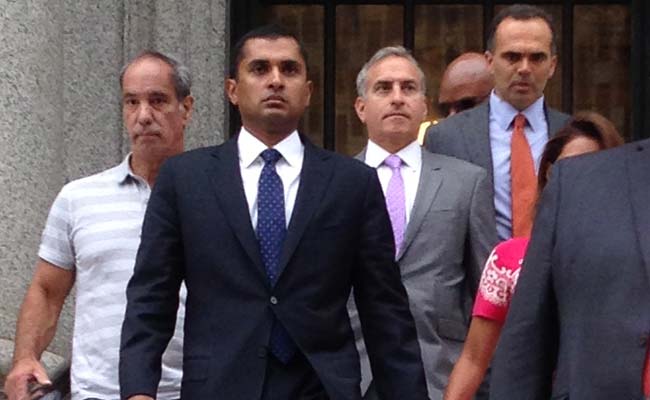 New York: An Indian-origin portfolio manager, who is serving a nine-year jail term for his role in the most lucrative insider trading scheme in the US, has lost his bid to overturn his conviction after an appeals court ruled that there was “overwhelming” evidence against him. Mathew Martoma, 43, was convicted in 2014 for his role as the “central figure” in the most lucrative insider trading scheme ever charged involving $275 million in illegal profits.

Martoma, who had changed his name from Ajai Mathew Thomas, had served as a portfolio manager of CR Intrinsic Investors, a division of hedge fund behemoth SAC Capital, led by billionaire Steven Cohen.

Martoma had been charged with collecting confidential information about a high-profile Alzheimer’s drug trial from two doctors and making profits and avoiding losses of 275 million dollars for SAC Capital.

In appealing against the conviction, Martoma argued that the evidence presented at trial was insufficient to support his conviction but a three-judge bench at the 2nd Circuit Court of Appeals ruled in a 2-1 decision yesterday that the “government presented overwhelming evidence that at least one tipper received a financial benefit from providing confidential information to Martoma.”

Former US Attorney Preet Bharara had led the government’s case against Martoma and his successor at the Southern District of New York Acting US Attorney Joon Kim welcomed the Second Circuit’s affirmation of the conviction. “We are gratified by the Second Circuit’s affirmation of Mathew Martoma’s conviction. The strength of our securities markets rests on their integrity and fairness.”

“And the successful prosecution of those who cheat by trading on illegally obtained inside information, as Martoma did to the tune of over $275 million, is critical to maintaining that integrity and fairness in our markets,” Kim said in a statement.

SAC had pleaded guilty to insider trading and agreed to pay $1.8 billion to settle the criminal and civil charges against it. It changed its name to Point72 Asset Management and now only manages the personal wealth of its founder Cohen, who has not been criminally charged.

It was alleged that Martoma’s entire success across his four years at SAC Capital was based on illegal insider trading. Days after beginning his employment at SAC Capital, Martoma began searching for doctors who would be willing to provide him access to confidential information about an Alzheimer’s disease drug trial conducted by Elan Pharmaceuticals and Wyeth Corporation. Prosecutors had alleged that Martoma exploited his personal and financial relations with doctor Sidney Gilman who chaired the Safety Monitoring Committee (SMC) for the trial.

Martoma obtained inside information about the drug trial that Gilman learned at the SMC meetings and through other communications with drug companies Elan and Wyeth. The judges said in the ruling Gilman, over the course of approximately 18 months and 43 paid consultation sessions for which he billed $1,000 an hour, regularly and intentionally provided Martoma with confidential information from the bapineuzumab clinical trial.