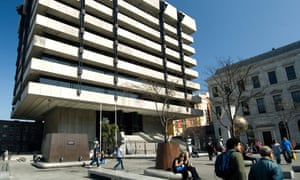 Ireland’s central bank has reported a substantial increase in the number of inquiries from UK-based financial services companies to operate from Dublin in the wake of the Brexit referendum.

Applications for an Irish base can take up to a year and deputy governor Cyril Roux said on Thursday that several overtures had moved from preliminary inquiries to the pre-application or application phase.

“Since the UK referendum, there has been a material increase in the number of authorisation queries from UK-authorised entities,” he said.

Dublin is vying with other European cities, including Frankfurt and Paris, to lure banks and other London-based service companies concerned about the potential loss of financial passporting – the ability to operate across the continent – when the UK withdraws from Europe.

“We’re seeing applications throughout the whole spectrum. We have applications for new business, the licensing of firms who are not present here, but we also see very significant indications from regulated firms that are small today but want to be big tomorrow,” said Roux.

However he reiterated previous warnings by the central bank that financial services must have a substantive presence in Ireland and those seeking brass plate operations, without transferring substantial numbers of employees or operations, would not be licensed.

Financial regulation was tightened up in Ireland following the bailout by the International Monetary Fund in 2010 and the central bank will be obliged under EU law to regulate those licensed in the country.

While Dublin is positioning itself as the only other English-speaking country in the EU with a similar legal system to the UK, virtually all the big US banks who would lose passporting rights post-Brexit, including JP Morgan and Citi, are already licensed to operate in Ireland. Earlier this year Citi, which has 9,000 employees in the UK, said it could make a decision on relocation in the first quarter of 2017.

Dublin is already one of the world’s largest centres for operating investment funds and has a growing financial technology and insurance presence.

Ireland’s financial services minister told Reuters last week that some firms making applications would be waiting to see if there was any further clarity on the terms of Brexit before making any final decision to move.