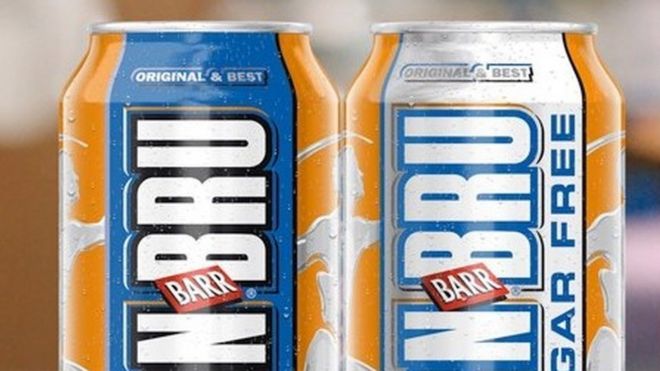 Scottish soft drinks maker AG Barr has said the financial impact of the proposed sugar tax will be minimised by its brand strength, product reformulation, and innovation.

The Cumbernauld-based company, whose brands include Irn Bru and Rubicon, has published its final results for the year to the end of January 2016.

The firm said “brand loyalty” would continue to drive demand.

Chancellor George Osborne outlined the details of the proposed tax on sugary drinks, to be introduced in 2018, during his Budget two weeks ago.

The proposed tax will be levied in two bands:

Chief executive Roger White said: “Although the details of the chancellor’s proposed soft drinks levy are still to be consulted upon, we believe our combination of brand strength, ongoing product reformulation and consumer-driven innovation will allow us to minimise the financial impact on the business at the proposed point of implementation in April 2018.

“Based on the government’s currently proposed metrics, should a levy be introduced, we expect at least two-thirds of our portfolio will be lower or no sugar, and would therefore be levy-free at that time.”

He added: “For the balance of our portfolio, which would attract a levy, we anticipate that brand loyalty and consumer preference will drive continued demand.

“We will, of course, play an active role in the consultation between the government and the soft drinks industry on the proposed levy, and are fully committed to working towards an outcome that benefits consumers, shareholders and other stakeholders.”

The company’s net revenue was £259m down slightly from the £261m figure for 2015 but its international business volume grew by 40%.

Mr White said: “We have delivered a creditable financial performance in difficult market conditions over the past 12 months through continued tight cost control, rigorous cash management, executional improvement and further investment in our brands, assets and people.”