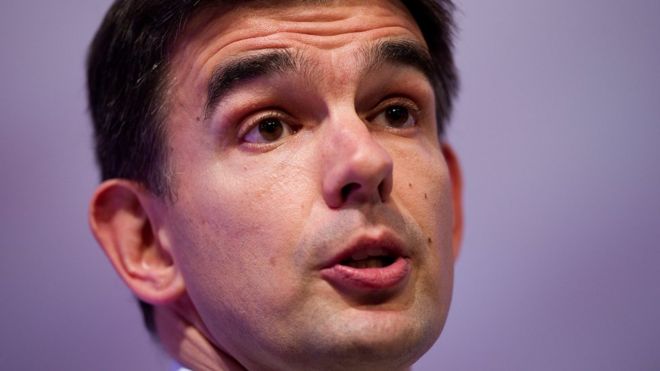 When Google’s European boss, Matt Brittin, appeared before the House of Commons’ Public Accounts Committee on Thursday he faced a wave of indignant questioning from MPs.

Since George Osborne applauded Google’s tax agreement with HM Revenue & Customs (HMRC) two weeks ago, public sentiment has been mounting against what many feel are unduly favourable tax arrangements for the world’s multinationals.

In front of MPs, Google’s president for Europe, Matt Brittin defended the company’s UK tax arrangements. Its public stance has been that: “Governments make tax law, the tax authorities independently enforce the law, and Google complies with the law.”

In which case, the authorities in the UK and beyond seem to be concluding that what’s required is a change in the law.

Chancellor George Osborne has already instigated a clampdown on the way multinationals shift their profits to different jurisdictions to pay less tax, known as the “diverted profits tax”.

HMRC has said that the new tax, which came into effect in April last year, is aimed at capturing tax from organisations that don’t pay corporation tax on their profits in the UK.

Google, says HMRC, has paid the taxes that it is supposed to pay.

Last month, the Organisation for Economic Cooperation and Development (OECD) successfully brokered an agreement designed to improve the current system.

All 31 of its member countries, which include the US, Bermuda and Guernsey, have agreed to share information on the tax international firms pay, leaving them less room for moving their profits into low tax jurisdictions.

But the plan would still require implementation at national level.

At the heart of the agreement is the concept of transparency, in particular what is known as “country-by-country reporting”.

This would force companies to tell the tax office of each country in which they operate, how many staff they employ there, what their revenues and profit are and how much tax they pay.

The European Commission has proposed EU member states do the same. If its plan is approved, which experts say is unlikely as any direct tax measures require unanimity, it could eventually be turned into law by individual countries.

The Commission has said it is also looking separately at whether these accounts should be opened up to public scrutiny and will publish its findings in the spring.

If such scrutiny were ever implemented, it could be a powerful incentive for firms to change, says Richard Murphy, professor of international political economy at London’s City University.

“If multinationals feel that they are out of the public eye, then they feel they can carry on the same way with the tax authorities – and nothing changes.

“It is only by having their affairs in the public eye, when everyone can see the choices they are making and the press can have a field day, that you have behavioural change.”

The prospect is already making investors nervous, according to Prof Murphy:

“Investors are crucial to this. They are beginning to question which companies are free-riding. If there is public scrutiny of their accounts that represents a real risk, it could result in a real change in perception of those companies.”

Momentum appears to be building behind this idea. Even the UK government, having been criticised in the past for dragging its feet on the issue, has come out in favour of full transparency, with the chancellor telling the Financial Times he would like to see tax information made public as long as it can be agreed multilaterally.

However some in the business community are concerned.

“We recognise need for greater transparency and we share the common objectives to tackle fraud and evasion,” says James Watson of the lobby group Business Europe which represents national business associations such as France’s MEDEF and the UK’s CBI.

“But we are concerned at initiatives that might make the EU a forerunner and create a competitive disadvantage.

“If companies feel they have to reveal more information and information that is commercially sensitive, that might damage the EU as an investment destination if the EU were to go ahead unilaterally.”

For some, though, even the powerful incentive of greater transparency doesn’t go far enough – they are calling for an overhaul of the system and the introduction of “unitary taxation”.

This is a more radical solution to the problem that beset the UK while trying to tackle Google’s tax affairs.

Google claimed that all its sales came out of Ireland, with the UK representing one of many marketing operations, and that it therefore made very little taxable profit in the UK.

But unitary taxation would see a company, however big, and however diverse, as one unit with one base and one profit.

Once the revenues and profits are added together they would then be broken down to represent the interests in each country, and the company would be taxed according to its activities there.

The European Commission has proposed a unitary tax system called the Common Consolidated Corporate Tax Base (CCCTB), while both the US and Canada already have a form of unitary taxation for their corporations’ domestic profits.

Sol Picciotto, emeritus professor at Lancaster University Law School, says treating multinationals as single entities makes sense, but that it can be difficult for countries to agree on how they work this out.

The most obvious formula, he believes, is to base taxation of profits on where a firm’s assets, employees and sales are located.

“I think there must be some kind of change.

“The direction must be towards treating multinationals as single entities. Up until now they have been seen as a collection of independent entities, and I think that is a mistake,” he says.