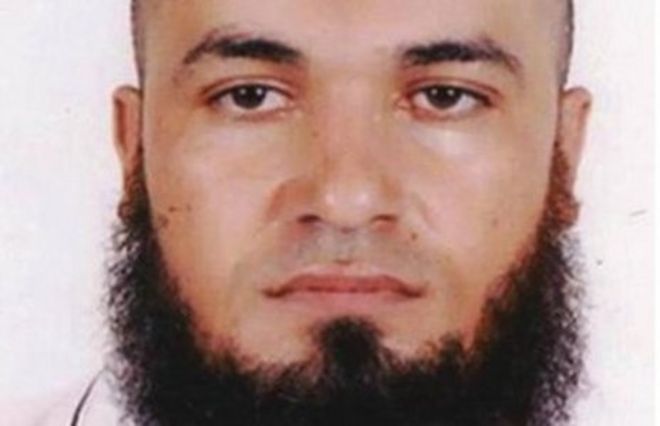 US warplanes have carried out attacks on militants from the so-called Islamic State (IS) in Libya, killing at least 38 people.

The strikes hit an IS camp in Sabratha, around 70km (43 miles) west of Tripoli.

US officials said it was “likely” that the strikes had killed senior Tunisian extremist, Noureddine Chouchane.

Chouchane has been linked to two attacks that took place in Tunisia last year, including an attack that killed 30 Britons.

The IS group has been active in Libya for over a year, and the US estimates it has up to 6,000 fighters there.

Libya remains in chaos more than four years after the overthrow of former leader Muammar Gaddafi, and is being fought over by a number of groups, including the self-styled IS.

The Pentagon described Chouchane as an “experienced facilitator” who had helped move IS fighters across the Tunisia-Libya border.

The BBC understands that British bases were involved in the attack but that no British assets, such as warplanes, were involved.

UK Defence Secretary Michael Fallon said that he welcomed the strike and that he had personally authorised the use of British bases.

The mayor of Sabratha put the death toll at 41, and said the majority of those killed were Tunisians.

A statement on the council website said that weapons such as machine guns and rocket-propelled grenades had been found at the site.

Search teams were still trying to find bodies under the rubble, the statement said.

US Defence Secretary Ash Carter last week said the US would continue to target militants in Libya.

“We always keep open the option to do things unilaterally,” he told the BBC.

In November, a US strike in Derna reportedly killed Iraqi IS commander Abu Nabil, also known as Wissam Najm Abd Zayd al-Zubaydi, who was said to be the group’s leader in Libya.

The US has launched several unilateral raids and operations in the country since it helped oust Muammar Gaddafi in 2011.

The pre-dawn raid by US warplanes is the most significant military operation undertaken by the US in Libya this year. However, it is unlikely to have a major impact on the operations of so-called Islamic State.

The raid took place near the Tunisian border, far to the west of IS’s centre of gravity which is in Sirte, in the centre of Libya’s Mediterranean coastline.

There, and in other locations, IS is believed to have amassed up to 6,000 fighters, with more recruits streaming in each week from both Syria and sub-Saharan Africa.

Yet Washington will be looking to use the air strike as a deterrent, hoping to send a message to IS jihadists that even if it takes months to track down suspects it will eventually find them.

Talk of greater Western military involvement on the ground has been scaled back though, as Libya continues to struggle to find a national unity government that can overcome its profound security challenges.

Noureddine Chouchane is also believed to have been behind the attack on the Bardo Museum in Tunis last year, which left 19 people dead.

The gunmen in both the Sousse and Bardo attacks are believed to have trained in Libya, which shares a border with Tunisia.