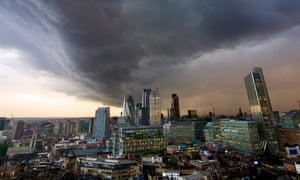 At the Tokyo headquarters of the Swiss bank UBS, in the middle of a deserted trading floor, Tom Hayes sat rapt before a bank of eight computer screens. Collar askew, pale features pinched, blond hair mussed from a habit of pulling at it when he was deep in thought, the British trader was even more dishevelled than usual. It was 15 September 2008, and it looked, in Hayes’s mind, like the end of the world.

Hayes had been woken up at dawn in his apartment by a call from his boss, telling him to get to the office immediately. In New York, Lehman Brothers was hurtling towards bankruptcy. At his desk, Hayes watched the world processing the news and panicking. As each market opened, it became a sea of flashing red as investors frantically dumped their holdings. In moments like this, Hayes entered an almost unconscious state, rapidly processing the tide of information before him and calculating the best escape route.

Hayes was a phenomenon at UBS, one of the best the bank had at trading derivatives. So far, the mounting financial crisis had actually been good for him. The chaos had let him buy cheaply from those desperate to get out, and sell high to the unlucky few who still needed to trade. While most dealers closed up shop in fear, Hayes, with a seemingly limitless appetite for risk, stayed in. He was 28, and he was up more than $70 million for the year.

Now that was under threat. Not only did Hayes have to extract himself from every deal he had done with Lehman, he had also made a series of enormous bets that in the coming days interest rates would remain stable. The collapse of Lehman Brothers, the fourth-largest investment bank in the US, would surely cause those rates, which were really just barometers of risk, to spike. As Hayes examined his trading book, one rate mattered more than any other: the London interbank offered rate, or Libor, a benchmark that influences $350 trillion of securities and loans around the world. For traders such as Hayes, this number was the Holy Grail. And two years earlier, he had discovered a way to rig it.

Libor was set by a self-selected, self-policing committee of the world’s largest banks. The rate measured how much it cost them to borrow from each other. Every morning, each bank submitted an estimate, an average was taken, and a number was published at midday. The process was repeated in different currencies, and for various amounts of time, ranging from overnight to a year. During his time as a junior trader in London, Hayes had got to know several of the 16 individuals responsible for making their bank’s daily submission for the Japanese yen. His flash of insight was realising that these men mostly relied on inter-dealer brokers, the fast-talking middlemen involved in every trade, for guidance on what to submit each day.

Brokers are the middlemen in the world of finance, facilitating deals between traders at different banks in everything from Treasury bonds to over-the-counter derivatives. If a trader wants to buy or sell, he could theoretically ring all the banks to get a price. Or he could go through a broker who is in touch with everyone and can find a counter-party in seconds. Hardly a dollar changes hands in the cash and derivatives markets without a broker matching the deal and taking his cut. In the opaque, over-the-counter derivatives market, where there is no centralised exchange, brokers are at the epicentre of information flow. That puts them in a powerful position. Only they can get a picture of what all the banks are doing. While brokers had no official role in setting Libor, the rate-setters at the banks relied on them for information on where cash was trading.

Because of Hayes’s intimacy with numbers, his co-workers reminded him he was not like them. They called him Rain Man

Most traders looked down on brokers as second-class citizens, too. Hayes recognised their worth. He saw what no one else did because he was different. His intimacy with numbers, his cold embrace of risk and his unusual habits were more than professional tics. Hayes would not be diagnosed with Asperger’s syndrome until 2015, when he was 35, but his co-workers, many of them savvy operators from fancy schools, often reminded Hayes that he wasn’t like them. They called him “Rain Man”.

By the time the market opened in London, Lehman’s demise was official. Hayes instant-messaged one of his trusted brokers in the City to tell him what direction he wanted Libor to move. Typically, he skipped any pleasantries. “Cash mate, really need it lower,” Hayes typed. “What’s the score?” The broker sent his assurances and, over the next few hours, followed a well-worn routine. Whenever one of the Libor-setting banks called and asked his opinion on what the benchmark would do, the broker said – incredibly, given the calamitous news – that the rate was likely to fall. Libor may have featured in hundreds of trillions of dollars of loans and derivatives, but this was how it was set: conversations among men who were, depending on the day, indifferent, optimistic or frightened. When Hayes checked the official figures later that night, he saw to his relief that yen Libor had fallen.

Hayes was not out of danger yet. Over the next three days, he barely left the office, surviving on three hours of sleep a night. As the market convulsed, his profit and loss jumped around from minus $20 million to plus $8 million in just hours, but Hayes had another ace up his sleeve. ICAP, the world’s biggest inter-dealer broker, sent out a “Libor prediction” email each day at around 7am to the individuals at the banks responsible for submitting Libor. Hayes messaged an insider at ICAP and instructed him to skew the predictions lower. Amid the chaos, Libor was the one thing Hayes believed he had some control over. He cranked his network to the max, offering his brokers extra payments for their cooperation and calling in favours at banks around the world.

By Thursday, 18 September, Hayes was exhausted. This was the moment he had been working towards all week. If Libor jumped today, all his puppeteering would have been for nothing. Libor moves in increments called basis points, equal to one one-hundredth of a percentage point, and every tick was worth roughly $750,000 to his bottom line.

“All right,” the broker repeated.

Hayes was still in the Tokyo office at 8pm when that day’s Libors were published. The yen rate had fallen 1 basis point, while comparable money market rates in other currencies continued to soar. Hayes’s crisis had been averted. Using his network of brokers, he had personally sought to tilt part of the planet’s financial infrastructure. He pulled off his headset and headed home to bed. He had only recently upgraded from the superhero duvet he’d slept under since he was eight years old.

Hayes’s job was to make his employer as much money as possible by buying and selling derivatives. How exactly he did that – the special concoction of strategies, skills and tricks that make up a trader’s DNA – was largely left up to him. First and foremost he was a market-maker, providing liquidity to his clients, who were mostly traders at other banks. From the minute he logged on to his Bloomberg terminal each morning and the red light next to his name turned green, Hayes was on the phone quoting guaranteed bid and offer prices on the vast inventory of products he traded. Hayes prided himself on always being open for business no matter how choppy the markets. It was his calling card.

Hayes likened this part of his job to owning a fruit and vegetable stall. Buy low, sell high and pocket the difference. But rather than apples and pears, he dealt in complex financial securities worth hundreds of millions of dollars. His profit came from the spread between how much he paid for a security and how much he sold it for. In volatile times, the spread widened, reflecting the increased risk that the market might move against him before he had the chance to trade out of his position.

All of this offered a steady stream of income, but it wasn’t where the big money came from. The thing that really set Hayes apart was his ability to spot price anomalies and exploit them, a technique known as relative value trading. It appealed to his lifelong passion for seeking out patterns. During quiet spells, he spent his time scouring data, hunting for unseen opportunities. If he thought that the price of two similar securities had diverged unduly, he would buy one and short the other, betting that the spread between the two would shrink.

Everywhere he worked, Hayes set up his software to tell him exactly how much he stood to gain or lose from every fraction of a move in Libor in each currency. One of Hayes’s favourite trades involved betting that the gap between Libor in different durations would widen or narrow: what’s known in the industry as a basis trade. Each time Hayes made a trade, he would have to decide whether to lay off some of his risk by hedging his position using, for example, other derivatives.

Hayes’s dealing created a constantly changing trade book stretching years into the future, which was mapped out on a vast Excel spreadsheet. He liked to think of it as a living organism with thousands of interconnected moving parts. In a corner of one of his screens was a number he looked at more than any other: his rolling profit and loss. Ask any decent trader and he will be able to give it to you to the nearest $1,000. It was Hayes’s self-worth boiled down into a single indisputable number.