According to the Miami Association of Realtors, Miami-Dade County single-family home sales set an all-time annual record in 2015, and sales for all existing properties posted the third-most transactions in history.

“Miami real estate had a banner year in 2015,” said Coral Springs Realtor Mark Sadek, the 2016 Miami Realtor’s Chairman of the Board. “Miami’s strong local jobs market, population increase, historically-low mortgage interest rates and South Florida’s continued growth as a world-class global region all played key roles in the strong sales. We see many of these factors carrying over to 2016.” 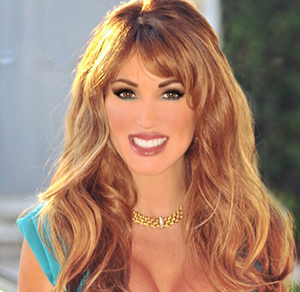 Veteran Miami broker Patricia Delinois, CEO of Century 21 Premier Elite Realty tells World Property Journal: “Despite the foreign currency concerns, Miami still enjoyed a ‘single-family’ sales record in 2015. Foreign buyers from Brazil, Venezuela, Argentina, Colombia, Canada, Mexico, France and Italy are still the top buyers looking for a safe place to invest their money. Single-family homes are the preferred choice by large international families causing a shortage of single-family housing inventory in Miami. I also expect this trend of brisk Miami home sales to continue for the balance of the year, and we will soon have more demand than supply.”

The median number of days on the market for condominiums sold in 2015 was 60 days, a 5.3 percent increase from 57 days in 2014. The average percent of original list price received was 93.5 percent, a 0.7 percent year-over-year decrease.

Statewide closed sales of existing single-family homes totaled 274,769 in 2015, up 12.4 percent compared to the 2014 figure, according to Florida Realtors. The statewide median sales price for single-family existing homes in 2015 was $196,000, up 10.1 percent from the previous year.

Nationally, consumers purchased 5.26 million homes in 2015, according to the National Association of Realtors (NAR). That is a 6.5 percent increase over the prior year and the highest total since 2006 (6.46 million sales). The median sales price nationwide rose 6.8 percent to $222,400.

Historically low mortgages rates played a role in the increased sales in Miami, Florida and the nation. The interest rate for a 30-year fixed-rate mortgage averaged 3.85 percent for 2015, up from the previous year’s average of 4.17 percent, according to Freddie Mac.

In 2015, cash deals represented 51.8 percent of Miami’s total closed sales, which is more than double the national average. Just 24 percent of all U.S. housing sales are made in cash, according to NAR. Cash transactions represented 57.2 percent of total Miami deals in 2014. Miami’s high percentage of cash sales reflects South Florida’s ability to attract a diverse number of international homebuyers, who tend to purchase properties in all cash.

Condominiums comprise a large portion of Miami’s cash purchases as 65.4 percent of condo closings were made in cash in 2015 compared to 36.4 percent of single-family home sales.

About 27 percent of all closed residential sales in Miami were distressed in 2015, including REO (bank-owned properties) and short sales, compared to 33.7 percent in 2014.

Nationally, distressed sales declined to 8 percent in December 2015, down from 11 percent a year ago.

At the end of 2015, inventory for Miami single-family homes stood at a 5.2-month supply, a 6.8 percent decrease from 5.6 months in the previous year. Inventory for Miami existing condominiums at the end of 2015 stood at 9.5 months, a 13.2 percent increase from 8.4 months in 2014. A balanced market between buyers and sellers offers between six and nine months supply of inventory.

Nationally, total housing inventory at the end of December dropped 12.3 percent to 1.79 million existing homes available for sale, and is now 3.8 percent lower than a year ago (1.86 million). Unsold inventory is at a 3.9-month supply at the current sales pace, down from 5.1 months in November and the lowest since January 2005 (3.6 months).