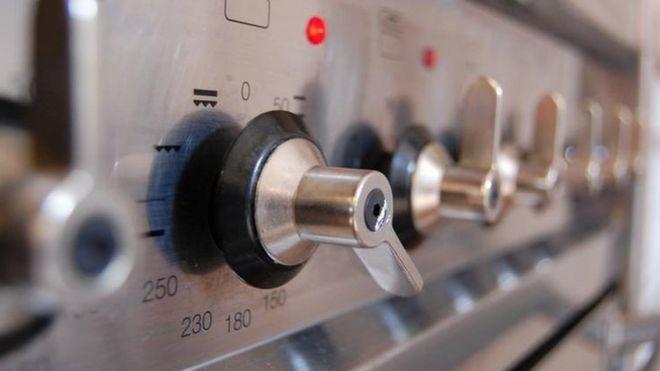 Millions of low-income households could see power bills cut after a watchdog’s report into the UK’s energy sector.

The Competition and Markets Authority (CMA) has proposed a price cap for all households using pre-payment meters.

It has also proposed that the regulator, Ofgem, keeps a database of customers that have been on a standard rate for three years.

This database will then be opened up so these customers can be targeted directly by other suppliers.

The proposals are designed to reform the energy market and increase competition to help consumers save money.

They follow an 18-month investigation into the energy market by the CMA which found that, in total, customers may have been paying about £1.7bn a year more than they would in a competitive market.

The CMA believes that those households using pre-payment meters, currently numbering four million, need protecting until smart meters are rolled out in 2020.

Those using pre-payment meters tend to be the poorer and more vulnerable customers who have difficulty setting up accounts with suppliers.

Roger Witcomb, chairman of the CMA’s investigation, told the BBC that the price controls would lower bills by £300m in total, the equivalent of about £90 per household.

The customer discontent over energy bills has rumbled on for years. After countless Ofgem probes, the issue of stubbornly high prices was referred to a body with real teeth, the Competition and Markets Authority and this morning, after two years of inquiry, they bared them. The question is, how sharp are they?

Inertia costs customers well over £1bn a year – 70% of all customers are on their supplier’s standard tariff. If they were to move, the CMA estimates they could save £300-£400 a year.

Some people find it much harder to switch – those on pre-payment meters or those in debt to their existing suppliers. Here we will see price controls: namely, a transitional price cap for four million customers until 2020.

The existence of price controls in a market that was deregulated 20 years ago will be seen by some as evidence of failure of that market.

Energy Secretary Amber Rudd said: “This is a wake-up call to the big six [energy providers].

“Energy customers should get a fair deal from a market that works for them. That’s why we called for the biggest ever investigation into the energy market and won’t hesitate to take forward its recommendations.”

Her Labour counterpart Lisa Nandy countered: “While a safeguard tariff for customers stuck on expensive pre-pay meters is welcome and will protect some households, we will need to go much further to make sure bills are fair and transparent for everybody else too.”

“We have found that the six largest suppliers have learned to take many of their existing domestic customers – some 70% of whom are on default standard variable tariffs – for granted, not just over prices, but with their service and quality,” said Mr Witcomb.

He said that, if implemented, these proposals would “shake up the industry”.

He added: “Given the scale of the problems and the potential savings on offer, we think bold measures like giving rival suppliers the chance to contact long-standing [standard rate] customers are justified.”

He told the BBC there would be safeguards in place to ensure that people were not “bombarded with junk mail”.

The CMA also considered proposing price controls on standard tariffs, but decided instead to focus on increasing competition and making switching easier.

Mr Witcomb said 35% of customers had not even considered switching.

Martin Lewis, founder of MoneySavingExpert.com, said: “I welcome the cap on pre-payment meter charges. While we’ve heard spurious claims before that they are no longer more expensive, that’s baloney – typically, pre-payment customers are paying massively more than those on dual-fuel in a market that isn’t competitive.”

Energy firms will receive the full report next week and there will be a period of consultation.

Centrica, which owns British Gas, said that if the proposals were “thoughtfully” implemented, they should enhance competition. But it disagreed that all energy customers had historically been overpaying by about £1.7bn a year.