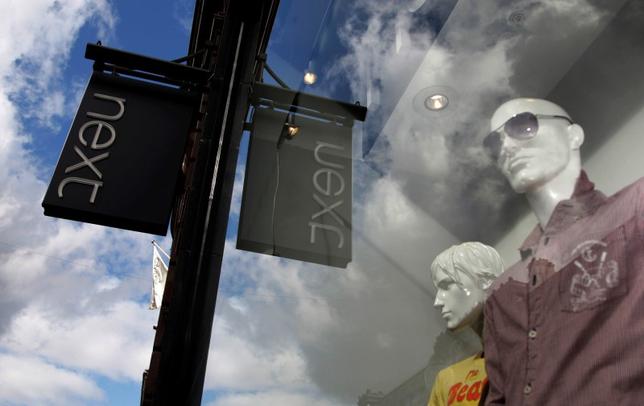 Next, one of Britain’s biggest clothing retailers, reported a pick up in sales in its second quarter and said it had not seen a big impact on demand so far from Britain’s vote to leave the European Union.

Several surveys have reported a drop in consumer confidence following the shock “Brexit” vote on June 23. But so far, there have been few signs of that translating into lower spending.

In its first update since the referendum, Next said it had not seen an impact on sales, apart from in the first few days immediately after the vote.

The company reported a 0.3 percent rise in full-price sales in the three months ended July 30, improving on a 0.9 percent fall in its first quarter, which followed its warning in March that 2016 could be its toughest year since 2008 as consumer spending deteriorated.

That performance showed Next was continuing to outperform rival Marks & Spencer, which in July posted an 8.9 percent fall in underlying sales of clothing and home products, its biggest fall in quarterly clothing sales for over ten years.

“We see this as a considerable delivery given the current environment for traditional retail businesses,” Shore Capital analyst George Mensah said of Next’s performance.

The company’s shares were up 4.7 percent at 5,365 pence at 0755 GMT, edging back towards the 5,535 pence level where they were trading before the Brexit vote sent them plunging as much as 35 percent on concerns about weaker consumer spending.

Next said it was too early to tell what the impact of the Brexit vote would eventually have on consumer demand, and blamed volatile trading on an underlying weakness in demand for clothing which dates back to last October.

“We deliberately left it wider because of the uncertainty and the volatility on a week by week basis,” Finance Director Amanda James said in an interview.

Next forecast full-price sales growth would be worse in the current quarter than in the second quarter given a tough comparison, but James suggested Brexit could also benefit Next if Britons shy away from expensive purchases, such as cars and holidays, and spend money on clothes instead.

One Brexit impact that was clear, however, was the devaluation of the pound since the vote, the company said. That would mean Next’s input costs would rise by about 5 percent on like-for-like products from 2017/18. The retailer was protected from that until January thanks to currency hedging.