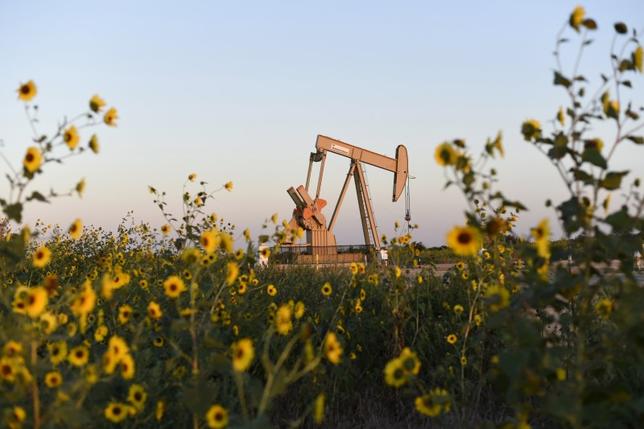 A pump jack is seen near sunflowers in Guthrie, Oklahoma

A slowing global economy, which Citi said would grow by just 2.5 percent this year compared to a previous forecast of 2.7 percent, also weighed on Brent, traders said.

The international Brent crude benchmark was trading at $34.17 per barrel at 0242 GMT, down 24 cents from its last close, hit by global oversupply that sees 1 million to 2 million barrels of crude produced every day above demand.