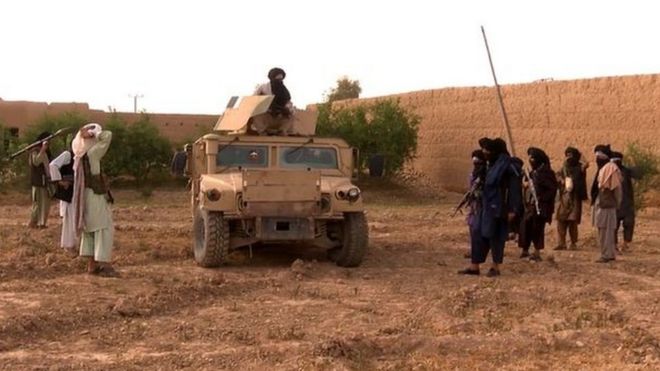 Journalists, media groups and users of social media in Afghanistan have accused the government of censorship after it moved to block the WhatsApp and Telegram messaging services.

The editor of one of the country’s biggest newspapers said the move was a retrograde step and would be resisted.

The move may have been initiated to stop the Taliban and other insurgent groups from using encrypted messaging.

But as yet there is little evidence of the temporary ban being enforced.

Earlier this week, officials at the body which regulates telecommunications confirmed that they’d written to service providers to ask for a temporary, 20-day ban, citing security reasons.

Acting Telecommunications Minister Shahzad Aryobee also posted a message on Facebook saying that the regulator had been ordered to put a gradual block on messaging services to solve technical problems, after numerous complaints had been received.

“The government is committed to freedom of speech and knows that it is a basic civil right for our people,” he wrote.

‘We can’t tolerate any ban’

The expansion of mobile phone services stands out as one of the positive developments in Afghanistan since the US-led invasion of the country in 2001 – even though there are frequent complaints from users about audibility and signal strengths.

Services including WhatsApp, Facebook Messenger and Viber are widely used by the Afghan public and their politicians – but also by the Taliban, who are known to operate their own complex messaging and social media operations.

However some Afghan social media users and civil rights groups have criticised the move which they say is unenforceable because it can easily be by-passed using virtual private networks (VPNs).

Prominent newspaper editor Parwiz Kawa told the BBC that Afghanistan was finally an open society after years of censorship and any ban on social media would not be tolerated.

“The public reaction – including our own front page – is to resist,” he said. “We can’t tolerate any ban on social media or any censorship.”

“If the Taliban or others are using these services, find out who is using them, don’t ban them – that’s very sensitive at this stage of Afghanistan’s development,” he said.