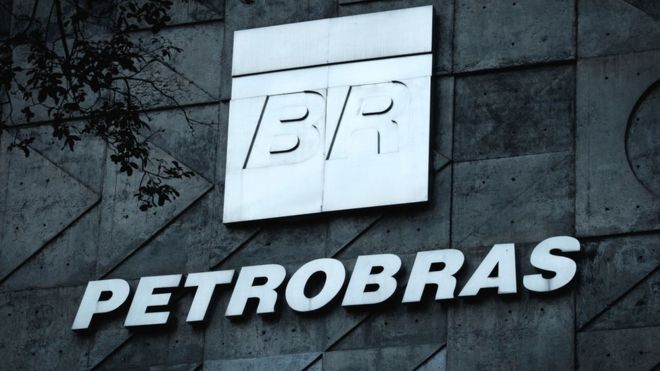 Brazil’s state oil giant Petrobras has reported a massive loss for the third quarter of its financial year.

Petrobras said low oil prices had forced it to cut the value of oil fields and other assets.

The firm is restructuring under new management after a corruption scandal battered the company’s finances last year.

The shake-up has been welcomed by investors, with Petrobras shares almost trebling in value on the Brazilian stock market since January.

Last month, Petrobras’ CEO Pedro Parente told me the company would be back to its best days in five years time. He is moving fast with his downsizing plan, cutting 10% of staff and a launching a major sale of Petrobras assets.

But Thursday’s numbers suggest the path to recovery will be a long one.

Analysts had predicted around $400m in profits for the third quarter but instead it registered about ten times that value in losses.

And more difficulties are yet to come. The company still needs to settle more corruption-related cases in US courts and find buyers willing to pay good prices for its assets, all at a time when global oil players are not doing well.

Petrobras said that without having to cut the value of assets it could have made a profit.

“The message we want to convey is that these impairments are non-recurring, and that we don’t expect them to happen, not at least in this magnitude, in the coming future,” said chief financial officer Ivan Monteiro.

The company’s performance was also hit by the cost of a voluntary redundancy scheme, as well as court disputes in the US.

Petrobras has been scaling down by selling off assets and pulling out of certain sectors.

Meanwhile Brazil’s government is reforming the oil sector so that it does not have to depend too much on Petrobras.

Earlier this week, Brazil’s Congress gave its final approval to a new bill that paves the way for foreign companies to explore lucrative new fields, without Petrobras having to hold a mandatory stake in them.

On Thursday, Shell announced plans to spend $10bn in Brazil over the course of five years.

“This was a good move by the government and it will open up opportunities for more players to invest in Brazil,” Shell chief executive Ben van Beurden said.