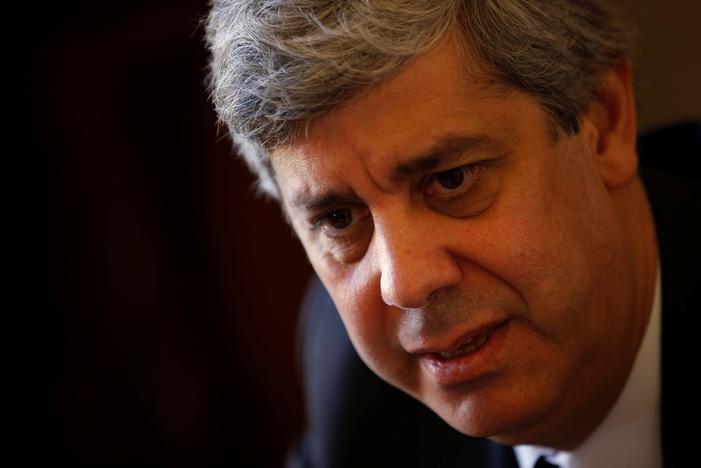 Portugal hopes to broaden the investor base for its debt this year, its finance minister said on Monday, predicting the country’s depressed bond market would revive as an economic recovery extended through 2017.

In an interview with Reuters, Mario Centeno also said he did not rule out any option for the future of Novo Banco, including potential nationalization if Portugal failed to agree terms with one of the ailing lender’s suitors.

The main indicator of market pressure in Portugal’s bonds – its 10-year bond yield – hit an 11-month highs of 4.09 percent on Friday, a rise Centeno said was related to Europe-wide rather than Portuguese factors.

“Clearly we see this rise (in yields) as temporary and associated with very specific (external) factors of (political) uncertainty and low market liquidity,” Centeno said.

“But today the fundamentals of Portugal’s economy are stronger.”

Cautious bond investors turned away from Portugal in the final month of last year on concerns that the European Central Bank is nearing the limit of the country’s bonds it can buy under its asset purchase scheme.

That brought other factors into relief – a struggling banking sector, a predominantly junk credit rating and the risk of higher inflation after Donald Trump’s election as U.S President.

Centeno stood by a forecast of economic growth of 1.5 percent this year, up from 1.2 percent in 2016, and said Portugal’s budget deficit in 2016 was “highly likely” to end below the government’s forecast of 2.4 percent of output.

Against that backdrop, he expects the country’s sovereign credit ratings to improve this year. “Looking at the analysis typically carried out by the agencies… I am very hopeful and we are working for this to happen,” he said.

Portugal is rated “junk” by all major agencies apart from DBRS, and Moody’s will give a credit update on Friday.

Centeno said the country was also intent on broadening its investor base.

“(That is) something that already happened in 2016 with the introduction of retail products, which were important for our financing,” he said. “But to move beyond this and attract other international investors, we need to focus hard on improving our ratings.”

Portugal’s IGCP debt agency was likely to announce issuance plans for 2017 shortly and would include an early syndicated issue, which markets have speculated about this year.

Political risk rose in 2016 with Britain’s decision to leave the European Union, a referendum in Italy that forced out the government and the unclear future of U.S. economic policy under Trump.

“In 2017 Europe also has a set of very significant political uncertainties,” Centeno said, citing elections in Germany, France and Holland in which populists could score strong gains.

“There are recent phenomena that seem to put at risk a large part of the European (project) …that we have built in recent decades.”

Turning to Novo Banco, for which Portugal hoped to find a buyer by the end of last year and has agreed a final sale deadline of August, the minister said no option, including nationalization, were ruled out.

But anything other than a sale of the bank carved out of collapsed Banco Espirito Santo (BES) would have to be discussed with European authorities.

“No door is closed,” he said, adding the government has to “admit that if a sale does not happen, there may be other alternatives that allow us to reach the first of our objectives which is stability of the financial sector.”