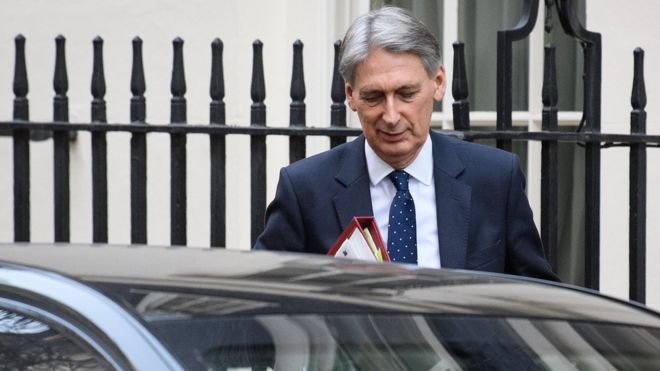 The chancellor is likely to find it impossible to balance the books in the years ahead without increasing taxes or cutting spending, the Office for Budget Responsibility (OBR) has warned.

The OBR said the public finances were “on an unsustainable path”.

It blamed increased spending on the NHS and state pensions in particular, which is likely to grow faster than the economy as a whole, it said.

The estimates came in its latest fiscal sustainability report.

The previous chancellor, George Osborne, had planned to balance the books by the end of this parliament.

However his successor, Philip Hammond, extended that deadline.

In the Autumn Statement he said he expected the deficit to be 2% of GDP by 2020-21, allowing him an extra £56bn of borrowing.