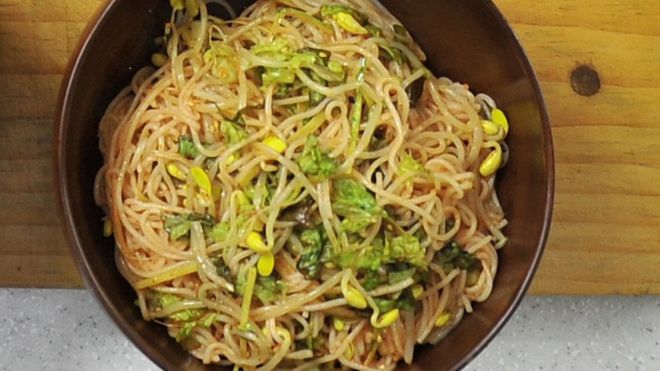 Ramen noodles have overtaken tobacco to become the most valuable commodity in some US prisons, a new study suggests.

The research said the shift was a response to a decline in the quantity and quality of food on offer.

“Because it is cheap, tasty, and rich in calories, ramen has become so valuable that it is used to exchange for other goods,” said study author Michael Gibson-Light.

US prison data shows spending has not kept pace with the number of inmates.

Although the research is based on anecdotal evidence from fewer than 60 inmates and staff from one male state prison, the author points to other findings indicating that the trend toward using ramen noodles for exchanges is evident in other prisons.

The shift was taking place across different groups within prisons and was not a response to bans on tobacco products within the prison system, Mr Gibson-Light said.

The noodles are exchanged for goods including other food items, clothing, hygiene products and even services such as laundry and bunk cleaning, Mr Gibson-Light said.

Others use them as bargaining chips in gambling when playing card games or participating in football pools.

They are also replacing other traditional forms of prison currency, such as stamps and envelopes, the study found.

Mr Gibson-Light said staff and inmates at the prison he visited said the amount of food being provided had decreased steadily over decades and warned the shift could have serious implications.

“Prisoners are so unhappy with the quality and quantity of prison food that they receive that they have begun relying on ramen noodles – a cheap, durable food product – as a form of money in the underground economy,” he said.

“The form of money is not something that changes often or easily, even in the prison underground economy; it takes a major issue or shock to initiate such a change,” he added.

He called for more research into what the reduction in food could mean for the care of prisoners.