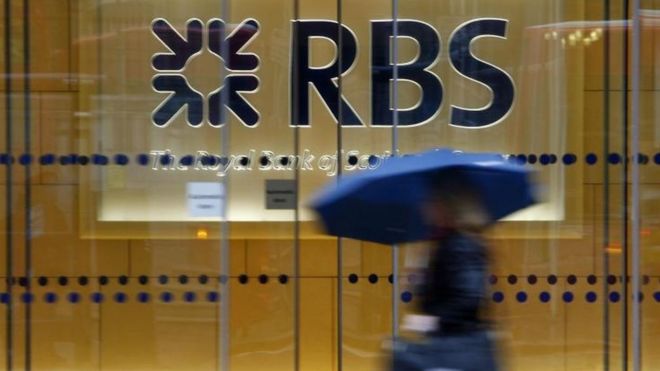 Royal Bank of Scotland has reached a deal with three of the five shareholder groups who allege they were misled over the bank’s £12bn fund raising in 2008.

RBS said it had reached a “full and final settlement” with the three, and would now seek to agree terms with the two remaining groups.

Investors argued they were misled over RBS’s health, and so bought shares just months before it was bailed out.

RBS has set aside a total of £800m to settle all the claims.

RBS – which is still 73%-owned by the government following its 2008 bailout – said the three shareholder groups it had settled with represented 77% of the total claims by value.

It added it would now seek to agree final terms with the remaining shareholder groups, but said that “any claims for which settlement is not achieved will… continue to be vigorously defended”.

RBS chief executive Ross McEwan said: “We have been very clear that we wanted to deal with as many of our legacy litigation issues as possible during 2015 and 2016.

“We are pleased to have reached this agreement and hope that it will be accepted by the remaining claimant groups so that this long course of complex and costly litigation can now be concluded.”

Since its bailout by the government in 2008, RBS has continued to struggle. It reported a loss of £1.98bn for 2015, its eighth consecutive year of annual losses.

Last week, stress tests run by the Bank of England found that RBS was the worst prepared of the UK’s biggest lenders to cope with another financial crisis.

The results forced RBS to devise plans to bolster its balance sheet by £2bn through cost cuts and shedding assets.