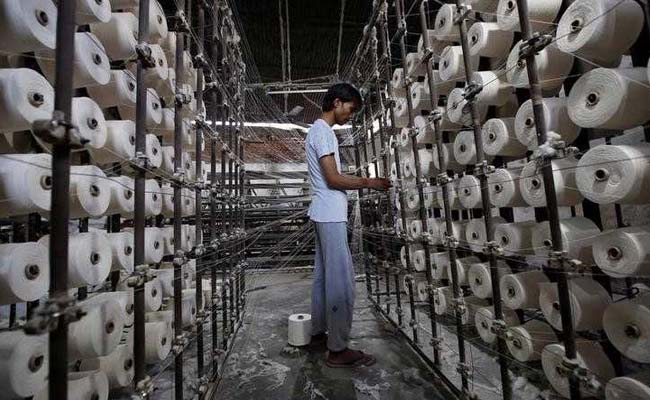 Meerut: Businessman Pankaj Jain is so worried about the impending launch of a new sales tax in India that he is thinking of shutting down his tiny textile factory for a month to give himself time to adjust.

Jain is one of millions of small business owners who face wrenching change from India’s biggest tax reform since independence that will unify the country’s $2 trillion economy and 1.3 billion people into a common market.

But he is simply not ready for a regime that from July 1 will for the first time tax the bed linen his 10 workers make, and require him to file his taxes every month online.
On the desk in his tiny office in Meerut, two hours drive northeast of New Delhi, lay two calculators. Turning to open a metal cabinet, he pulled out a hand-written ledger to show how he keeps his books.

“We will have to hire an accountant – and get a computer,” the thickset 52-year-old told Reuters, as a dozen ancient power looms clattered away in the ramshackle workshop next door.

To drive home the point, Bollywood superstar Amitabh Bachchan has appeared in a promotional video in which he weaves a cat’s cradle between the fingers of his hands – symbolising India’s thicket of old taxes.

With a flourish, the tangle is gone and Bachchan proclaims: “One nation, one tax, one market!”

Not So Simple
By tearing down barriers between India’s 29 states, the GST should deliver efficiency gains to larger businesses. HSBC estimates the reform could add 0.4 percent to economic growth.

Yet at the local chapter of the Indian Industries Association, which groups 6,500 smaller enterprises nationwide, the talk is about how to cope in the aftermath of the GST rollout.

“In the initial months, there may be utter confusion,” said chairman Ashok Malhotra, who runs one firm that manufactures voltage stabilisers and a second that makes timing equipment for boxing contests.

A big concern is the Indian GST’s sheer complexity – with rates of 5, 12, 18 and 28 percent, and myriad exceptions, it contrasts with simpler, flatter and broader sales taxes in other countries.

The official schedule of GST rates runs to 213 pages and has undergone repeated last-minute changes.

“Rubber goods are taxed at 12 percent; sporting goods at 18 percent. I make rubber sporting goods – so what tax am I supposed to pay?” asks Anurag Agarwal, the local IIA secretary.

Grace Period?
The top government official responsible for coordinating the GST rollout rebuts complaints from bosses that the tax is too complex, adding that the IT back-end that will drive it – crunching up to 5 billion invoices a month – is robust.

“It is a technological marvel, as well as a fiscal marvel,” Revenue Secretary Hasmukh Adhia told Reuters in an interview.

The government will, however, allow firms to file simplified returns for July and August. From September they must file a total of 37 online returns annually – three each month and one at the year’s end – for each state they operate in.

One particular concern is how a new feature of the GST, the input tax credit, will work. This allows a company to claim refunds on its inputs and means it should only pay tax on the value it adds.

The structure will encourage companies to buy from suppliers that are GST-compliant, so that tax credits can flow down a supply chain.

That spells bad news for small firms hesitating to shift into the formal economy. The government estimates smaller companies account for 45 percent of manufacturing and employ more than 117 million people.

Adhia played down the risk of job losses, however, saying this would be offset by new service sector jobs.

Demonetisation 2.0
The prospect of disruption is drawing comparisons with PM Modi’s decision last November to scrap high-value bank notes that made up 86 percent of the cash in circulation, in a bid to purge illicit “black money” from the system.

The note ban caused severe disruption to India’s cash-driven economy and slammed the brakes on growth, which slowed to a two-year low in the quarter to March.

“It could throw the business out of gear – it can affect your volumes by at least 30 percent,” said the head of one large cement company in the Delhi region.

Back in Meerut, Pankaj Jain worries that hiring an accountant and charging 5 percent GST on his bedsheets could eat up to two-thirds of his annual profits of Rs. 4-5 lakhs.

“I know my costs will go up, but I don’t know about my income,” he said. “I might even have to shut up shop completely and go into trading.”