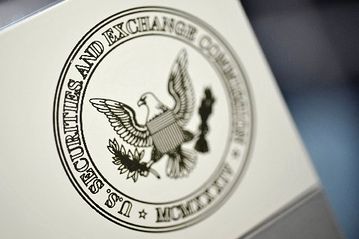 Revised rules set to take effect Friday will make it easier for some U.S. and Canadian companies to sell securities with reduced fees, limited regulatory reporting and less legal liability.

The U.S. Securities and Exchange Commission’s updated Regulation A rules will allow U.S. and Canadian companies that are not SEC reporting issuers to sell up to $50 million of their U.S. securities annually, and will permit their shareholders to sell up to $15 million in any 12-month period, with immediate public trading in the U.S. of the purchased securities.

The previous version of the rules had set the cap at $5 million, which made it infrequently used, said Spencer Feldman, a partner at law firm Olshan Frome Wolosky LLP. “What is occurring now is supercharged Regulation A now being called A+,” he said.

In contrast to a private placement, Regulation A offers “free trading” of securities without restrictions–as opposed to shares from a private placement, which have restrictions on resales. This could be used as either a transition to becoming a full-fledged public company or as a way to access U.S. capital markets with reduced fees and expenses, said Mr. Lander. “When I first started practicing there was a lot more financing activity, more public offerings in these tiers, and which have largely dried up with these layers of expensive regulatory compliance,” said Mr. Lander. “This is an attempt to modulate that and balance the need for capital formation with investor protection.”

The new Regulation A rules will apply to the following categories: Tier 1 offerings of up to $20 million involving the sale of securities to public, and Tier 2 offerings of up to $50 million, said Mr. Lander. While there are reduced reporting requirements, Tier 2 companies selling securities under these rules still will have to file semiannual reports and annual reports, “but for smaller companies that is more manageable,” said Mr. Lander. For the initial process of qualifying an offering, the disclosure requirements are somewhat reduced, with fewer financial statements and less executive compensation disclosure. “Once you’re qualified, then the ongoing obligations are significantly less,” he said.

A problem with Regulation A was that although it provided a registration system under the federal act, issuers always had to clear their offerings with every state where a purchaser is located, said Mr. Feldman. Under the new rules, offerings more than $20 million are exempt from state regulation. If under $20 million, offerings still have to be qualified in each state, but state commissioners came together and adopted a program where one or two states will qualify an offering, and the other states will abide by their decision, he said. “So it created some coordination and some logic and reasonableness.”

Companies looking to raise more than $50 million in a year, or those that want to trade on higher exchanges such as Nasdaq or the New York Stock Exchange, still will have to register under the Exchange Act, which triggers ongoing obligations as a public reporting company. “A smaller company trading on the lower tiers avoids the Exchange Act and is not subject to 404 internal controls under Dodd-Frank,” said Mr. Lander. “But they still have to provide audited financial statements.”

While the new rules also apply to Canadian companies, Mr. Lander said that country already has a multi-jurisdictional disclosure system that allows firms that pass review in Canada to gain SEC approval with little additional review. “My hope was this would have been more attractive for Canadian companies than it is,” he said, adding Regulation A is most useful for Canadian firms that don’t qualify for multi-jurisdictional disclosure system and that only want a U.S. listing. “Then it might make sense.”