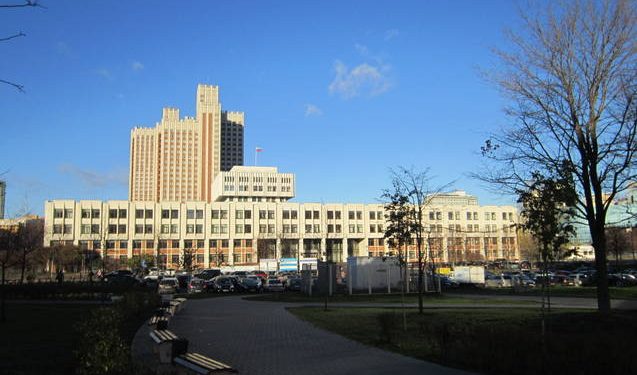 International student spending on fees and living expenses has multiplied from $356.2m to $1.4bn (73.1 roubles) over the last decade, according to research from the Russian Presidential Academy of National Economy and Public Administration.

When foreign extramural enrolments – short term study and exchanges – are added, the total number of foreign students in Russian higher education courses has nearly tripled in 10 years from 109,286 to 282,900.

If the growth rates seen over the last decade continue, Gulnara Krasnova at the university’s Institute of Applied Economic Research predicts full time international students will reach 666,911 in 2030, and extramural enrolments will more than double from 99,856 to 239,310.

And based on these figures, Krasnova has calculated that revenue from international student spending on living and fees could once again nearly quadruple in the next 15 years.

Living expenses are calculated according to a study carried out by the Russian government in 2015, which estimated students’ average monthly living expenses at $4,150, assuming that foreign students remain in the country for ten months (amounting to two semesters).

The study calculates that total household expenses of foreign students will reach $5.3bn by 2030

The largest expenses were on food and accommodation, followed by transport and academic supplies such as textbooks.

Adding together these expenses and accounting for inflation, the study calculates that total household expenses of foreign students will reach $5.3bn by 2030, and that fees will reach $1.1bn.

Revenue from international students could therefore hit $6.4bn by 2030, according to the forecasting.

Governmental support for the internationalisation of Russian universities has contributed to education exports, the study notes. This includes funding injections for national research, the establishment of federal universities and for the development of new programmes, all of which have attracted international talent, Krasnova argued.

“All the strategic plans of Russian universities development include internationalisation or international activity,” she added an an accompanying article.

Initiatives to boost foreign student numbers include the government’s flagship Project 5-100, which aims to strengthen research and international engagement at selected federal institutions. Last year the project reported that international student numbers at participating universities had doubled in three years.