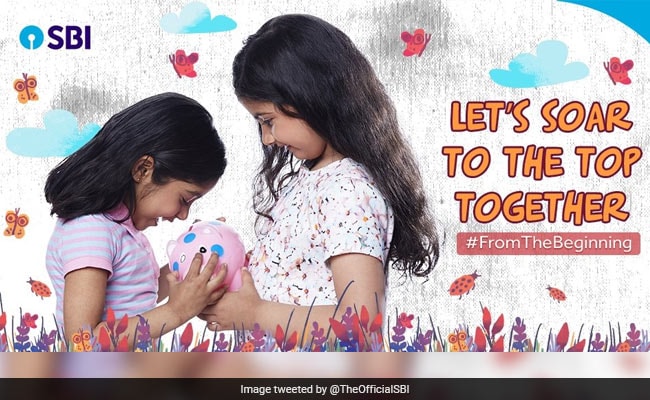 The State Bank of India (SBI) on Tuesday rolled out two saving accounts meant for children under the age of 18. One plan will cater to the kids of any age group under 18 while the other is meant only for those who are above 10. One saving plan is known as Pehla Kadam (first step) while the second is Pehli Udaan (first flight). Pehla Kadam and Pehli Udaan will not only help children learn the importance of saving money but will also allow them to experiment with money’s buying power.Both the Savings Accounts are fully loaded; replete with banking features such as Internet Banking, Mobile Banking, etc. which will not just familiarize children with the different channels of modern-day banking but also teach them the nuances of personal finance. All these features come with ‘per day limits’ to ensure that they spend the money wisely. Daily transaction limit is Rs. 5,000 in both the accounts.

In  tweet on Tuesday, the SBI announced the rollout of minors-only saving bank accounts.

Pehla Kadam: This account is meant for the minors of any age. This account will be jointly opened with the parent/guardian

Pehli Udan: This account is meant for the minors above the age of 10 years only who can sign uniformly. This account will be opened in the name of the minor.

The monthly average balance requirement is Rs. 5,000 for metro customers and Rs. 3,000 for urban customers, while it’s Rs. 2,000 and Rs. 1000 for semi urban and rural customers, respectively.

The maximum balance is Rs. 10 lakh in both the accounts.

The Pehla Kadam account can be opened along with the parent/guardian while Pehli Udan can be operated solely by the child.

Some of the facilities offered in these accounts include the following:

Interest rate is offered as applicable to saving bank account calculated on daily basis. Transferability of accounts to any SBI branch can be done without changing the account number.

The accounts also have nomination facility and the bank recommends to use it.