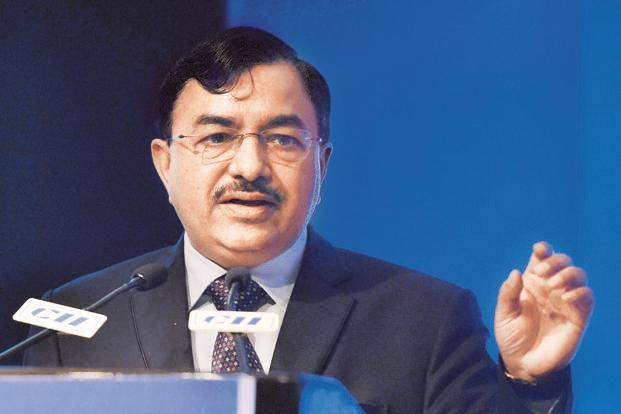 New Delhi/Mumbai: The Income Tax department and Securities and Exchange Board of India (Sebi) said Monday they will be scrutinizing the so-called Paradise Papers—the documents obtained by a global network of investigative journalists—to see if any Indian individual or companies engaged in wrongdoing.

While the income tax authorities will investigate companies evading taxes by using complex offshore structures, Sebi will be scrutinising disclosures.

Accordingly, the Central Board of Direct Taxes (CBDT) has asked its investigation wing to re-open the income tax returns filed by the companies and individuals named in the leaks to see if any of their past income have gone un-taxed, CBDT chairman Sushil Chandra said.

“We have briefed all directors general of investigations across the country about the expose by the International Consortium of Investigative Journalists (ICIJ). These reports have not named all the companies and directors in those companies. Wherever names are available, we will immediately check their income tax returns to see if there is any underreporting of income,” said Chandra.

The CBDT chairman also said that once more details and names come out, the tax department will take appropriate action.

The Indian Express reported on Monday that as a partner of the international consortium of investigative journalists (ICIJ), it probed into all the documents the consortium obtained that had an India connection and said that 714 Indian companies and individuals are listed in the documents.

Separately, Sebi has initiated an examination of the listed companies mentioned in the Paradise Papers for disclosure lapses and fund diversion. “Sebi will ask stock exchanges to ask for information from the listed companies on their offshore entities and this will be matched with their statutory disclosures,” said a Sebi official, who asked not to be named. These disclosures are made by companies in their annual reports and exchange filings.

“Mere existence of an offshore entity is not an offence but not disclosing it is in violation of Sebi Act,” said a second person with direct knowledge of the matter, who also spoke on condition of anonymity.

The CBDT has also reconstituted the multi-agency group headed by its chairman to monitor investigations into the Paradise Papers. Previously, this group, made up of officials from the tax department, Enforcement Directorate, the Reserve Bank of India (RBI), and Financial Intelligence Unit, had monitored investigations into the so-called Panama Papers, another set of financial documents leaked from a Panamanian law firm in 2015 dealing with offshore assets allegedly held by businesses.

To be sure, it may well be that many of the cases listed in the leaked documents may not actually be tax frauds as setting up holding companies in countries with which India has double tax avoidance agreements (DTAAs) to route investments into India has been a common tax planning practice.

This practice has been blocked with India renegotiating its tax treaty with countries like Mauritius, a major source of FDI into India. New Delhi is also renegotiating its bilateral investment protection agreements with other nations to check abusive practices by businesses. In June, India joined a multilateral agreement to combat aggressive tax avoidance by multinationals, which in one stroke, modified India’s DTAAs with about 93 nations, including the ones with Cyprus, Mauritius and Singapore. New Delhi actively participated in evolving the treaty text with members of the Organisation of Economic Cooperation and Development (OECD).

In the investigations into the Panama Papers, the department has found that about 279 cases were “non-actionable”. In the 46 cases, in which action has been taken, five criminal cases were filed and investigations are ongoing in other cases.

Abhishek Goenka, leader of direct tax practice at PwC India, said Indian companies and individuals are allowed to invest abroad but regulations require these outbound capital flow to be reported in tax returns.

Structured data connected to the Paradise Papers investigation will be released only in the coming weeks on the offshore leaks website of ICIJ in phases, CBDT stated, quoting ICIJ website.