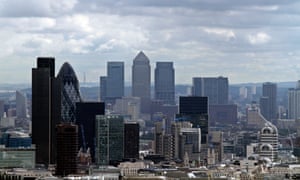 The National Crime Agency has arrested three employees from blue-chip banks as part of a major UK insider trading investigation linked to the Panama Papers.

The arrests, which were made in recent months and first reported on Friday, are the latest development in an operation led by City watchdog the Financial Conduct Authority (FCA). Its existence was disclosed by ministers this week.

After the leak of a cache of data from the Panama based law firm Mossack Fonseca by the Guardian and other media in April, the UK government ordered the creation of a multiagency Panama Papers taskforce with funding of £10m.

On Tuesday, the chancellor and the home secretary revealed the taskforce had been working on “a major insider-trading operation”. The investigation began before the publication of the Panama Papers but it has been given new impetus by the release of the biggest-ever leak of confidential tax haven data.

New leads are understood to have come from information obtained by the UK taskforce, with ministers saying it had acquired “high-quality, significant and credible data on offshore activity in Panama”.

A spokesman for the National Crime Agency, which tackles serious and organised crime, said: “We have nothing to add to the written ministerial statement released earlier this week.” The FCA declined to comment.

The financial news service Bloomberg reported claimed the operation could be one of the largest UK insider trading inquiries. It said more arrests were planned, and that officers from the NCA were assisting with covert surveillance. Neither those detained, nor their employers, have been named.

The Panama Papers taskforce was announced in April, one week after the simultaneous publication of the first leaked files by media outlets in more than 80 countries. It brought together investigators, compliance specialists and analysts from HM Revenue and Customs, the NCA, the Serious Fraud Office and the FCA.

This week ministers told parliament that civil and criminal investigations into 22 individuals suspected of tax evasion had been opened. They said the taskforce has identified nine professional enablers of economic crime, all of whom have links with known criminals. Forty-three high-net-worth individuals have had their tax status placed under special review. And officers have uncovered 26 offshore companies holding UK property whose owners have been linked to suspicious financial activity.

The German newspaper Süddeutsche Zeitung obtained 11.5m leaked documents from an anonymous whistleblower calling themselves John Doe, and the International Consortium of Investigative Journalists in Washington shared the information with media outlets around the world.

The ICIJ has declined to show the leaked documents to any government, saying it is not an arm of law enforcement and its policy is not to turn over such material.

UK regulators have been flexing their muscles on insider trading, with a number of high-profile court cases and investigations. Operation Tabernula culminated this year when a jury convicted former Deutsche Bank corporate broker Martyn Dodgson of insider dealing. Dodgson, who advised the government on its stakes in Royal Bank of Scotland and Lloyds Banking Group, was sentenced to four and a half years in prison.

Last week a former manager at BlackRock, the investment firm, admitted to improperly trading shares and other investment products in the run-up to public announcements. Mark Lyttleton was arrested by City of London police in April 2013 and has pleaded guilty in a case that involved the use of a Panamanian-registered company to carry out trades.