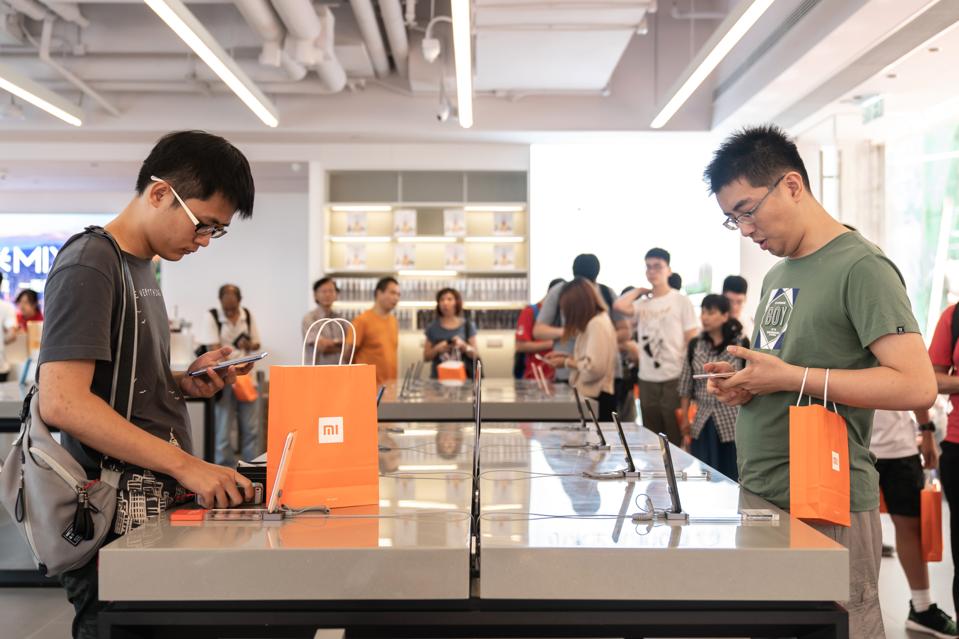 Customers with Xiaomi Corp. branded shopping bags look at smartphones on display inside a Xiaomi store in Hong Kong, China, on Friday, July 6, 2018. The tussle over Xiaomi’s high valuation and concern over a U.S.-China trade war have overshadowed what had been one of the world’s most highly-anticipated initial public offerings of the year. Photographer: Anthony Kwan/Bloomberg

China is starting the second half of 2018 in easing mode. It’s not just to inoculate itself against U.S. trade tariffs.

The Chinese government has been embarking on a deleveraging craze, going after shadow banking and investing in provincially owned companies and real estate development. To better understand the recent easing and pro-growth policies out of Beijing, investors need to consider how credit tightening over the last two years has hurt mid-market China. Barclays Capital analysts led by Jian Chang said in a global economics report recently that policy over-tightening designed to curb shadow lending led to rising defaults. It was those rising defaults in old sectors of the economy that led China to do an about-face on fiscal and monetary policy.

Chang is forecasting “significant downward pressure on the credit-intensive old economy to persist into the second half unless there is even more loosening.”

Meanwhile, as Beijing relaxes lending of Chinese widget makers and heavy industry in old industries (think coal and chemicals), the U.S. government is going after China’s new economy. New tariffs specifically have China tech and biochem in the crosshairs, making it more costly for China to import materials needed to develop its high tech industry and human sciences field.

As Trump targets China’s new economy, Beijing is moving now on protecting both. 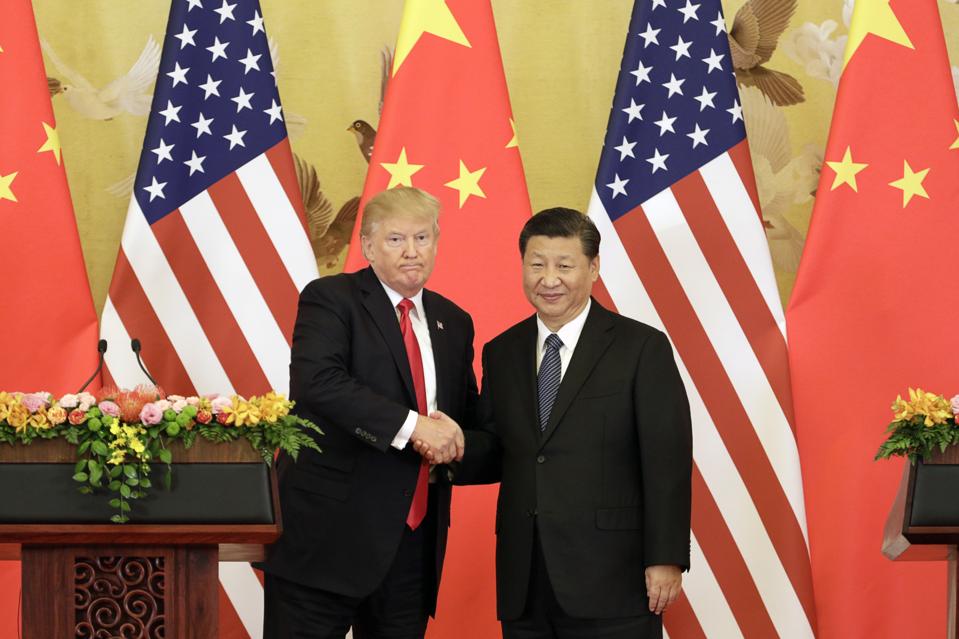 Best frenemies. Xi Jinping has opted for a tit-for-tat strategy against Trump’s  tariffs. The end games is the remapping of the global supply chain, and ultimate pressure on the ruling Communist Party.  Photographer: Qilai Shen/Bloomberg

China is not expecting a quick resolution to the dispute with Washington. It seems Beijing is prepared for a long-term battle as recent Politburo and State Council meetings both called for more concerted policy easing to boost domestic demand in the face of escalating external uncertainties.

The move came less than a week after China released its list of targeted U.S. goods worth $60 billion.  Everyone in the market is expecting Trump to impose tariffs on $200 billion worth of Chinese imports next month. Last month, Trump hit China with $34 billion in tariffs and last week announced that China will face another $16 billion, effective Aug. 23.  Assuming the proposed 25% tariff on $200 billion is announced by Sept 5, China’s GDP growth rate is expected to contract by half a percent, based on Barclays’ estimate. It is one of the more conservative estimates around. Other estimates, by fund firms like Matthews Asia, expect a 1% reduction to around 5.5% GDP growth if the $200 billion is thrown in on top of existing tariffs.

Even though China’s old economy — dependent on the government and municipal level leadership — has been facing a credit crunch of sorts, not to mention new, stringent, environmental regulations, China trade has been moving along at only a slightly slower pace.

Growth in China’s exports to the U.S. eased to 11.2% in July from 12.5% in June, while falling to the EU and Asian countries as well. On the other hand, China’s imports from its major trading partners increased in July, including from the U.S.

Market expectations are for easier monetary policies and other stimulus to help alleviate some pain from Trump’s tariffs. China debt watchers will likely not be too pleased to see debt junkies in China going to town once again, especially if the new tariff regime comes in worse than anticipated.