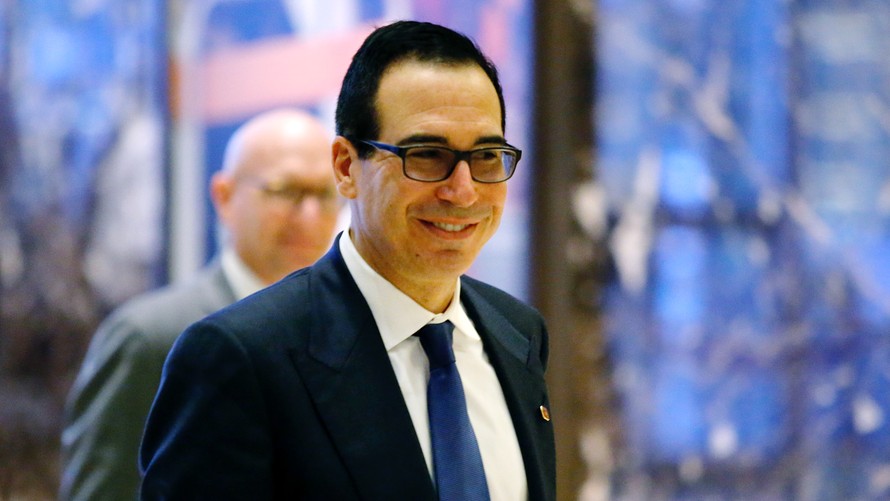 A bill passed by the House late Thursday could be a boon to Steven Mnuchin, Donald Trump’s pick to head the Treasury Department, who owns a big stake in CIT Group Inc. CIT, +0.10%  , one of the next-tier banks that stand to benefit from the bill’s full passage.

If confirmed as Treasury secretary, Mnuchin would also be responsible for enforcing the Dodd-Frank rules that in the wake of the financial crisis increased risk controls for banks.

The Systemic Risk Designation Improvement Act of 2016, House Bill 6392, sponsored by Rep. Blaine Luetkemeyer, a Missouri Republican, raises the bar at which a bank can be tagged a systemic risk to the broader economy. Republicans want to add more steps to a process established by Dodd-Frank that adds additional regulatory supervision and scrutiny to banks with assets above $50 billion.

Rep. Maxine Waters, the California Democrat who is the ranking member of the Financial Services Committee, vehemently objected: “I rise today in strong opposition to H.R. 6392, the first step in the Trump agenda to deregulate Wall Street, despite candidate Trump’s pledges to hold elite bankers accountable.”

House Finance Committee Chairman Jeb Hensarling, a Republican from Texas, said the bill would recognize that “regulations should consider different components of risk and not simply a ‘one-size-fits-all’ definition.”

Hensarling’s Financial CHOICE Act, introduced in September and passed by committee, would accomplish the same objective as Luetkemeyer’s measure.

“It is clear that this is just the first act in a long, dangerous play that will continue well into next year,” said Waters.

“If the ranking member believes this is the first act in getting rid of Dodd-Frank,” responded Hensarling, “she ain’t seen nothing yet.”

CIT Group, where Mnuchin is a board member and whose shares he owns more than 1% of, is smaller than the biggest banks but is big enough to automatically qualify for supervision by the Financial Stability Oversight Council, which coordinates regulation of banks to prevent supervisory gaps and regulatory inconsistencies that occurred prior to the crisis.

The secretary of the Treasury serves as chairman of the FSOC.

Mnuchin acquired millions of dollars’ worth of stock in CIT when he and a group of investors including George Soros sold IndyMac, a bank they’d bought out of bankruptcy for a pittance and renamed OneWest, to CIT. IndyMac was a bargain because it had collapsed during the financial crisis under a shadow of fraud. Mnuchin and his investors cleaned up the loan book by foreclosing on most of the borrowers and took federal bailout money to prop the bank up.

The Wall Street Journal reported that OneWest’s mortgage business is now under investigation by the Department of Housing and Urban Development. In addition, last summer CIT took a $230 million charge against income in connection with accounting issues. Two California housing groups alleged in November that OneWest discriminated against minorities by avoiding their communities when opening branches.

Mnuchin did not immediately reply to a request via the Trump transition team for comment.