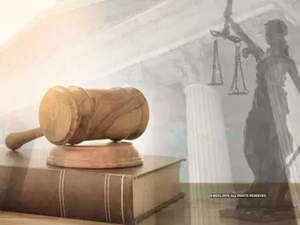 The two shareholders claimed that they were representing an informal group of more than a thousand retail investors in Alok Industries, which RIL had bought out of bankruptcy in a Rs 5,050-crore deal in March. The resolution professional (RP) who managed Alok Industries through bankruptcy had set a five-year moratorium on delisting of its shares while calling for expressions of interest in the company.

The telecom-to-energy conglomerate sought an exemption on this condition to delist the shares, but the Ahmedabad bench of the National Company Law Tribunal (NCLT) didn’t consider it while approving the resolution proposal. RIL then approached the appellate tribunal, relying its arguments on a Securities and Exchange Board of India (Sebi) notification that relaxed the listing conditions for companies facing insolvency proceedings.

The regulator in May last year made exemptions applicable when the resolution plan clearly specified delisting of shares and provided for an exit option to the public shareholders at a specified price.

Responding to Reliance’s plea last month, a two-member NCLAT bench headed by chairman Justice SJ Mukhopadhaya impleaded SEBI in the matter. The appellate tribunal also directed the RP and the company’s committee of creditors to file their responses and posted the hearing for October 15. Reliance didn’t respond till press time Sunday to ET’s email seeking comment.

The petition filed by the retail investors argued that the RP had initiated the resolution proceedings stating that the successful resolution applicant would not be permitted to delist the stock for five years after acquisition, one of the petitioners, Anil Subhash Chandra Agrawal, told ET. ET has seen a copy of the petition.

Karia Manisha, the counsel for the shareholders, said the petition was filed on Friday, to come up for hearing on Tuesday when the case would be taken up by the NCLAT.

The resolution applicant, Reliance, was well aware of the lock-in period of five years when its offer was accepted in March this year, the petitioners claimed, adding that the company did not then seek amendments to the condition based on the regulator’s notification. The petitioners said they “would stand robbed of all the value” if the delisting was permitted.