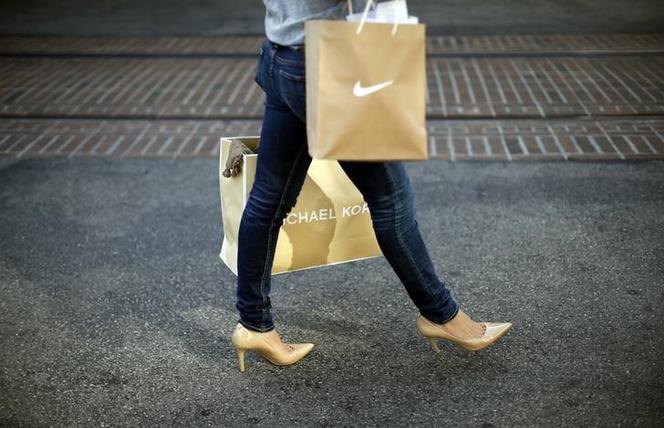 U.S. consumer spending rose solidly in January and underlying inflation picked up by the most in four years, keeping Federal Reserve interest rate increases on the table this year.

The upbeat data on Friday added to reports on manufacturing and the labor market in suggesting economic growth regained momentum early this year after slowing in the fourth quarter.

The growth outlook was further bolstered by steady consumer sentiment in February despite a recent stock market sell-off. That should help ease fears of a looming recession and probably allow the Fed to hike rates this year. The U.S. central bank raised rates in December for the first time in nearly a decade.

“Growth is rebounding, inflation is picking up and stocks have recovered about half the loss posted this year. Conditions are moving back toward supporting a rate hike,” said Joel Naroff, chief economist at Naroff Economic Advisors in Holland, Pennsylvania.

The Commerce Department said consumer spending increased 0.5 percent, the largest gain in 10 months, as households ramped up purchases of a range of goods and a return to normal winter temperatures boosted demand for heating.

Consumer spending, which accounts for more than two-thirds of U.S. economic activity, rose by an upwardly revised 0.1 percent in December. Economists polled by Reuters had forecast consumer spending advancing 0.3 percent last month after a previously unchanged reading in December.

The dollar rose against a basket of currencies on the data, while prices for U.S. Treasury debt fell. U.S. stocks were trading higher.

The pick-up in consumer spending stimulated price pressures last month, which will most likely increase Fed officials’ confidence that inflation will move toward the U.S. central bank’s 2 percent target despite low inflation expectations.

Excluding food and energy, prices rose 0.3 percent. That was the largest increase since January 2012 and followed a 0.1 percent gain in December. The so-called core PCE price index increased 1.7 percent in the 12 months through January, the largest rise since July 2014.

The core PCE, the Fed’s preferred inflation measure, rose 1.5 percent in December. Last month’s increase in the core PCE pushed it past the level that central bank policymakers expected it to be by year-end.

“It has to make the Fed more confident in their course of action going forward,” said Omair Sharif, rate sales strategist at SG Americas Securities in New York. “The bar for rate hikes is relatively low. Unless there are significant further shocks in financial markets, I think we will probably get two or three rate hikes this year.”

Financial markets see almost no chance of a rate hike in March and low probabilities of further monetary policy tightening for the rest of the year.

Separately, the University of Michigan said its consumer sentiment index rose to 91.7 in February after slipping to 90.7 early in the month. It was slightly down from January’s 92.0 reading.

Consumer spending last month was supported by a 0.5 percent rise in income as the labor market continued to tighten. That was the largest increase since June and added to a 0.3 percent rise in December.

Wages and salaries shot up 0.6 percent in January, as minimum wage increases came into effect in some states, and were up 0.2 percent in the prior month.

Earlier, the Commerce Department said gross domestic product increased at a 1.0 percent annual rate in the fourth quarter as businesses were less aggressive in their efforts to reduce unwanted inventory.

Businesses accumulated $81.7 billion worth of inventory in the fourth quarter rather than the $68.6 billion reported last month. As a result, inventories subtracted only 0.14 percentage point from GDP growth instead of the previously reported 0.45 percentage point.

The bigger inventory build is bad news for first-quarter GDP growth because it means businesses will have little incentive to place new orders, which will continue to hold down production.

“The weaker drag from inventories in the fourth quarter means that any rebound in the first quarter could be slightly more modest than we previously expected,” said Paul Ashworth, chief U.S. economist at Capital Economics in Toronto.

First-quarter GDP growth estimates are above a 2.0 percent rate, but the risks are tilted to the downside amid slowing world economies, a strong dollar and the recent global stock market sell-off that tightened financial market conditions.